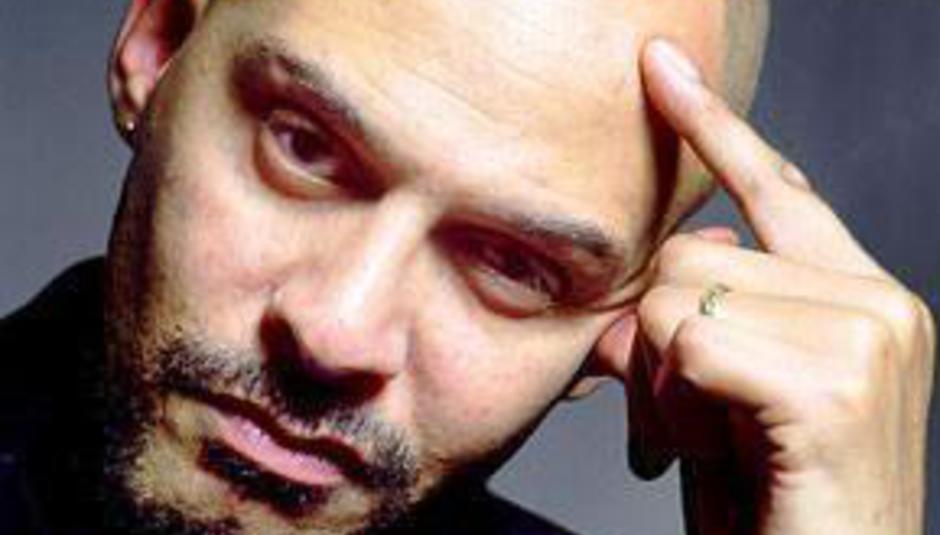 Barry Adamson is a British legend. High praise, backed up by experience and history: the Manchester-born and London-based musician has been a member of both Magazine and Nick Cave’s Bad Seeds, as well as synth-pop sorts Visage. In addition to these pursuits, the 50 year old has also written a number of soundtracks and released eight solo LPs, dating back to 1989’s seminal Moss Side Story.

His latest, Back To The Cat, is out now through his own label, Central Control International. Established in 2006 after Adamson’s departure from the Mute label, Central Control is also home to Matana Roberts, Strings Of Consciousness (their album Our Moon Is Full is reviewed here), and recent DiScover Club players The Gilded Palace of Sin.

Adamson kindly compiled our eighth mixtape for us, ahead of touring with Nick Cave and the Bad Seeds in the UK – dates follow.

Graham Bowers, ‘Which Is To Come’
(MySpace)

And here’s what Barry – sorry, someone who’s not Barry but works for Barry – had to say regarding the man’s current movements:

“Barry's just had to jet off to Australia to do some press and TV thus a lack of text from his own hand but he was thrilled to be asked to put together a mixtape of his favourite new music for DrownedinSound and scrawled this down as he ran out the door. We hope that you like his choices. Many will be unfamiliar and many we are lucky enough to be able to put our name to in the coming months.

“Barry’s new album Back to the Cat is out now on very nice looking CD and vinyl formats, as well as the less physically impressive but certainly more immediate format of digital audio from the usual outlets and at BarryAdamson.com. Barry's just wrapped up a UK tour and you'll see him next on stage at home supporting Nick Cave and the Bad Seeds on the UK leg of their European tour (starting May 4 in Glasgow – dates below). For those uninitiated with the many styles BA can conjure, please click HERE to download (for free) a track from Back to the Cat called ‘Spend A Little Time’ - a cheeky Ray Charles-esque stomp injected with a distinctly British sense of humour. DiS didn't like Back to the Cat much (review), but that’s one opinion - you can listen to the whole album free at Last.fm HERE and decide for yourself. Options, opinions and availability, is what the internet is for. Have a taste.

“Thanks for checking out the mixtape. To those of you coming to the Bad Seeds shows - see you there. More from Central Control soon and further Adamson headliner shows to be announced shortly...”