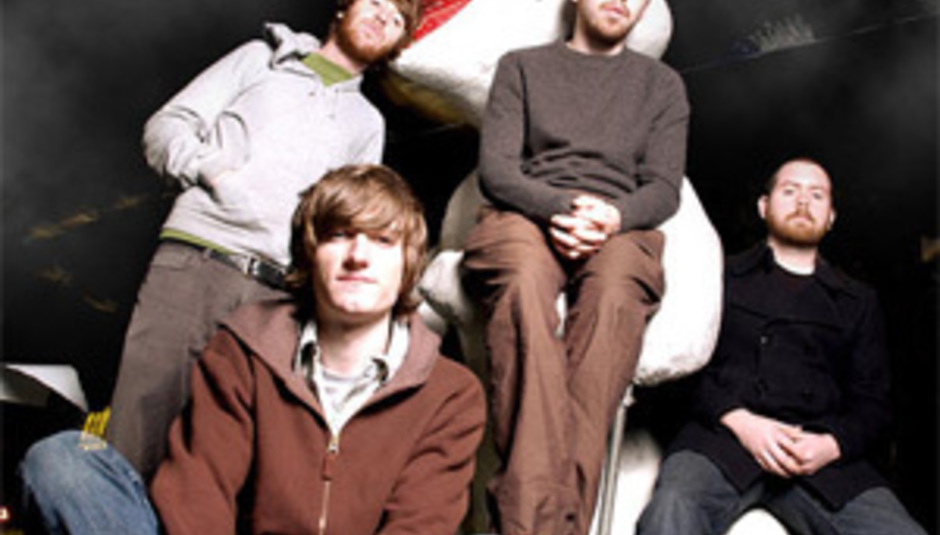 DiScover: This Will Destroy You

DiScover: This Will Destroy You

Texan instrumentalists This Will Destroy You are attracting admirers at every show they play, with every recording they release. Since 2005, the foursome – Andrew (drums), Chris (guitar), Jeremy (guitar) and Donovan (bass – he recently replaced Raymond Brown) – have been packing their gear into a van in San Marcos, Texas and hitting the road for a gigs that last long in the memory of those who witness them.

A year after their formation the band found a set of their demos released via Magic Bullet Records; the disc, Young Mountain, received hugely positive reviews, and was covered by a number of high-profile publications and websites. Thus, the band’s profile and reputation grew, and by the time they released their debut album proper, a self-titled seven-tracker (review), expectations were such that the LP couldn’t possibly be a critical failure. And it wasn’t, earning a succession of great reviews.

The quartet recently toured the UK for the first time, and DiS was at the Islington Bar Academy, London to see what the fuss was about. We left pretty happy, ears ringing like they should – this band can truly do loud, like Explosions in the Sky and Mono before them – and with a t-shirt stuffed in our backpack. A rare occurrence: the purchase of merchandise at a show. Must’ve been good, then.

Probably about time to DiScover This Will Destroy You…

Firstly, run us through how the band came to be – where, when, how? Is your hometown of San Marcos known for its rock scene at all?
We've all been playing together since high school, but this band started about four years ago. We do have a new bass player, Donovan, and are all very happy to have him with us. As far as San Marcos goes, it is not known for its rock scene.

The group first came to wider attentions when Young Mountain was picked up for distribution and subsequently reviewed at sites like Pitchfork – was it especially surprising to have your demos received so well, and do you see Young Mountain as your debut 'proper', or the self-titled?
The success that Young Mountain received was a huge shock to us. We did not expect it to really go anywhere, considering it was just a demo. We feel that the self-titled was more of a proper debut album since we had more time to find our sound.

Instrumental rock music is guilty of a degree of homogenisation, that's fair enough to say – what was it about Young Mountain's songs that set you apart from the sound-alike pack, do you think?
To be honest, we feel that the Young Mountain songs are pretty straightforward and formulaic; what sets them apart is the focus on melody and theme to develop the songs and push them forward. We felt it was important to have the melodic structure be the backbone of the songs, and to have everything build and decline with the melodies.

How did you come to work with Magic Bullet, and has there been further interest from other/bigger labels since the release of the self-titled? Do you feel you need a big label to progress, or is being on an indie suitable for a band of your nature?
We came across Brent, who runs Magic Bullet, online. He asked us to be a part of a compilation CD for his label. Soon after, he wanted to release Young Mountain, and we were excited to be a part of the Magic Bullet family. There has been interest from other labels, but we feel very comfortable with the situation we have with Brent. We all have great respect for how the label is run. We only have verbal contracts and the DIY aspect of Magic Bullet is really important to us.

How do you feel the self-titled album progresses from the Young Mountain songs? Is there a greater confidence to the arrangements that comes from the acceptance being out of the way already, or is it too tough to pinpoint where and how the band has developed?
It's a little hard to pinpoint where and how the band has developed because we feel that we're still progressing musically. The Young Mountain songs were a collection of songs that we had written with no real theme or focus on what kind of sound we were pursuing. We were still bouncing ideas around musically, and a lot of the Young Mountain songs are very straightforward and to the point. With the self-titled songs, we had a much clearer idea of what we wanted and worked to create a more cohesive album.

You recorded the self-titled with John Congleton – what did working with such a renowned producer (and musician, of course – I am a big Paperchase fan) bring to the experience, and do you hear elements of the S/T LP that wouldn't be there without his guidance/assistance?
Working with John was an amazing experience. We had a good idea of what we wanted the recording to sound like and he did a great job in helping us translate that. We let John know what we were completely open to his input while we were recording, and his contributions definitely helped us refine the sound of the entire album.

You've attracted your share of what some people would call 'lazy' comparisons, to Explosions in the Sky, Mono, Sigur Rós… do you think they're fair parallels to draw given the quality of what's on offer? Is it flattering to receive such comparisons, or does it mislead fans of those bands at all? Are you guys fans, particularly, of much post-rock, or is what you choose to play not wholly indicative of your personal musical tastes?
We're all big fans of Sigur Rós, so being compared to them is very flattering. Making comparisons in post-rock can be misleading, though, because the genre is so broad. We all have completely different musical tastes (aside from a handful of bands that we all love), and we actually don't listen to very much post-rock.

You just recently played the UK for the first time – for those that missed you, what should they expect next time you’re over?
We feel that our live show is kind of a new aspect to the songs. They're played pretty similarly to the recordings, but things tend to get a lot heavier and noisier in a live setting. The only place (in the UK) we were warned about was Stoke, but we thought the show there was excellent. We had a fantastic time in the UK, and we're definitely looking forward to coming back.

And what’s next on the agenda for the band? Further touring, any recording in 2008?
We have around three more weeks of this tour left in mainland Europe, and then we'll be heading home to write and record a split 10-inch record with our friends, the Lymbyc Systym. We plan on touring more this year, but the details of those tours are still being worked out. We also plan on doing a lot of writing in the fall and to continue working on the next album.

Find details of This Will Destroy You’s touring schedule and hear tracks from both their records on MySpace.