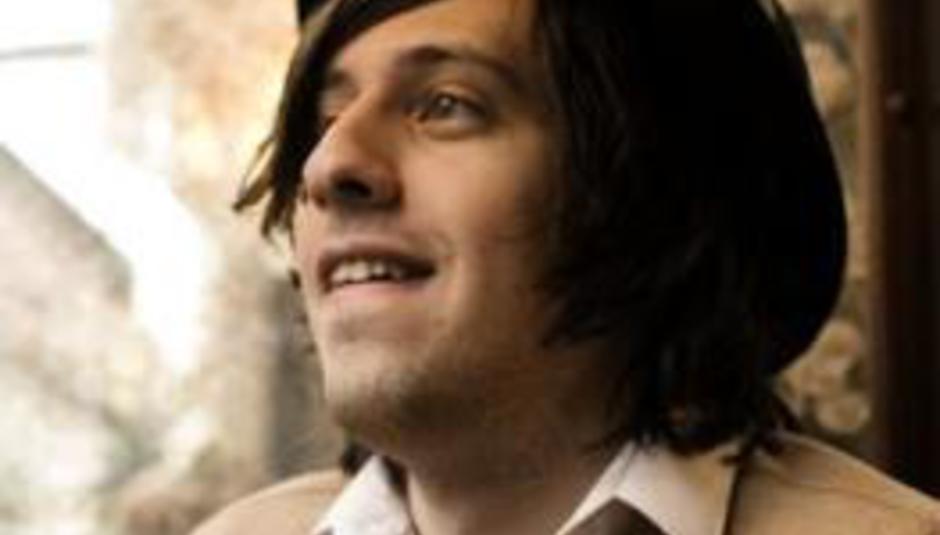 If you were sitting around scratching your privates with nothing to do in America one day last month, you might have been greeted by a strange daytime telly sight. There, on The View – the whooping and hollering soft issue magazine show hosted by Whoopi Goldberg – were two dishevelled slackers winding their way through a gentle, yet odd duet.

Nine years after the release of Moldy Peaches' first and only ‘proper’ album, it was an odd day for anti-folk. The year zero, maybe. Or probably not. The performance of ‘Anyone Else But You’ by Kimya Dawson and Adam Green was to promote the soundtrack to Juno, the surprise Oscar-nominated film about a pregnant teenager currently in cinemas across the UK (soundtrack reviewed here). Chances are it was an anomaly, but it did bring into sharp focus the fact that since the release of that record, Adam Green, one half of the Moldy Peaches, has gone on to release five solo records. His previous incarnation, as one of two, suddenly feels like a long time ago.

“That was kind of one of my first daytime television things,” Adam remarks as we meet in a quiet West London pub. “I found it to be very strange. Whoopi was actually pretty lovely, though.” Perhaps not the biggest Moldy Peaches fan before your slot? “Well, she called her ‘Kim-ra’, so maybe not,” he adds, wryly. Still, it’s not exactly unfair on Whoopi – the whole Juno success and newly focussed spotlight on Kimya, Adam and the Moldy Peaches took everyone by surprise. Right? “Um, it definitely came out of nowhere,” blinks Adam. “That song’s actually nine years old. And I feel a little bit fazed by it, honestly, but I welcome the interest in music that I recorded.”

He continues, grinning: "I’ll wait a few years before I start saying that friends of mine never found one of my records at the time, or something.”

The reason Adam is spending time in London, bundled up in coat, scarf and hat against the mist and cold that swirls around the establishment we're in, is to discuss his forthcoming fourth solo album for Rough Trade, Sixes & Sevens. It’s a typically contradictory release by Green: exhausting at 20 tracks, but economical in its 49 minutes in length. “Isn’t that ironic?" he exclaims. “The label said that people will have a hard time because it’s 20 tracks – that’s delusional!” He’s now wide-eyed. “But it’s only 48 minutes. It shouldn’t be a problem – people will just listen to things on shuffle – I get the feeling that’s what people already do.”

Indeed, for Green, it always has been a matter of recording groups of songs rather than creating a whole definitive album. “I don’t think people will be making albums for much longer. I was eager to sign a record deal as soon as I finished my last contract because I thought, ‘This might be the last record deal I ever get to sign again. Will people ever want me to make another album again?’

“I’m always ensuring my songs hold up as songs, not as part of the thematic construction of an album; that they can remain separate and that’s important to me too. I’ve never written a concept album, though.”

Sizes & Sevens’s gestation period was the longest of any album in Green’s short but productive career. “This one took a year and a half, whereas the last few albums I made in a few weeks, between tours. This one was made in an autistic school in New Jersey. We set up there when school was out of session and recorded into the late hours of the night. I had a lot of time to listen back to the recordings.

“I’ve always wanted that amount of time to make records, but in a way I was glad that I didn’t. Because I didn’t want to over think things and I think I would of before.”

Green continues to explain that he is now in ‘Phase 3’ of his recording career. "Phase 1 was all the home recordings, Phase 2 was all the rigid band playing and orchestration,” he explains. “This is me cutting loose a lot more. Mellower, more folkier – even though I’m really not identifying with being a folk singer lately. I guess it’s more like a film – Woody Allen music.” Sixes & Sevens is Green’s most varied record and the singer confirms as such: taking in calypso and panpipes - “they’re ruffling feathers in the indie community, I get asked about them all the time” - and, most interestingly, soul. “I was trying to make an Al Green kinda thing – a Curtis Mayfield thing, [tapping into] a canon of music that people were aware of it, then bringing my own stream of conscious.”

Stream of consciousness is an asset that Green relies on a lot – especially for his invariably unfathomable lyrics, a point of constant conjecture. “All my lyrics come from my subconscious or off the top of my head,” he reveals. “I really don’t know what they mean when I writing them most of the time – for me that’s the fun part, singing some shit into the microphone.”

“The songs carry themselves,” he continues. “Regardless of whether or not you’re paying attention, when you press play, a song’s over in two minutes. I don’t think songs need clear narratives or stories. If anything, it’s important for songs to have themes. I prefer spacier lyrics, because it keeps me coming back to songs. When songs have a clear lyrical construct, I tend to listen to it, absorb and then sooner or later discard it like a book I read. Something’s nice about lyrics that are more focused on themes that you can return to when you’re feeling sort of way.”

A constant theme in Adam Green’s narratives is inevitably his home, New York. Having been part of the scene that revitalised NYC at the turn of the century, does he have any thoughts on the new wave of New Yorkers – Gang Gang Dance, Animal Collective, Yeasayer, Vampire Weekend – currently churning up the world’s music blogs?

“A lot of those bands I’ve been playing converts with forever,” muses Green. “In 2000 you could have gone to see Moldy Peaches, Gang Gang Dance, Yeah Yeah Yeahs and Animal Collective play together – that gig actually happened. There was a great scene at (legendary NY anti-folk venue) Sidewalk Café – Regina Spector, Diane Cook, and lots of bands you don’t associate with [that scene]. The guy from Interpol used to play folk at Sidewalk under a different name. Vampire Weekend is another great kind of thing."

Green holds the belief that the interest in and the creative qualities of the city is still down to impact of The Strokes: “A lot of the catalyst for it was their success in the UK. I don’t think I’d be sitting here right now if it wasn’t for that - we were very fortunate to be part of that.”

He’s being rather disingenuous, or at least hard on himself – Adam Green surely deserves his own little place in the musical on merit. Whether or not that’s on daytime TV, though, is another matter…