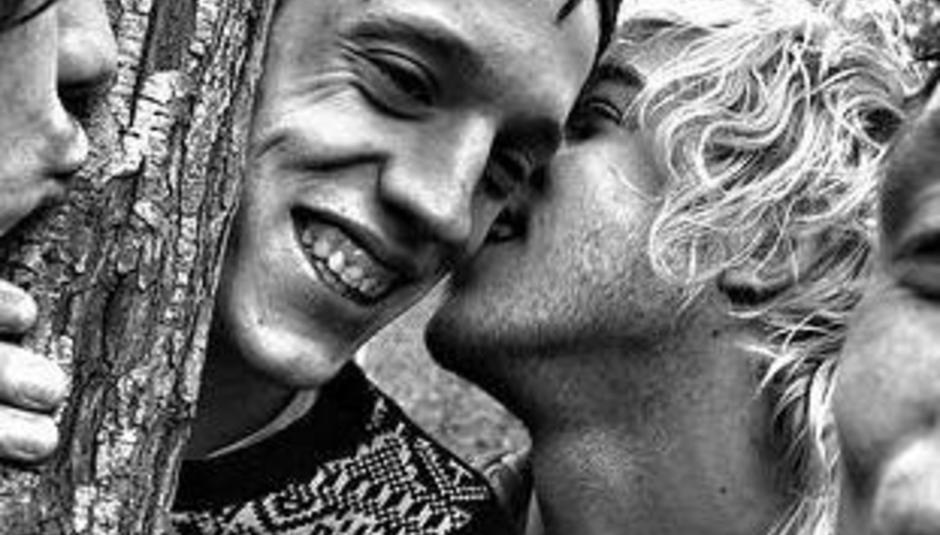 Lovvers are on the move, coming your way, kicking up a riot, sneering in your face. One of the – the? – finest live acts currently winding their van around the country’s A and B roads, the Nottingham four-piece have a brand-new seven-inch to support, the rightly well-received ‘Laughing Man’ / ‘Search For Gold’ (review). It’s out now via Jonson Family; like its preceding pair of must-have discs, not owning it really isn’t an option if you’re a punk of taste.

Or, if any of the below songs tickle your personal fancy, as they represent the band’s Mixtape, DiS’s fifth. No, it’s not a literal mixtape – sorry – but it is a brilliant insight into the influences behind a band likely to see stages and audiences grow and grow between now and December.

Says them: “Here’s the mixtape list, ten songs we all spent too long choosing!”

The Vicious – ‘Walking Dead’ (hear a sample; sign up for full track)

Says the band of their activity at the time of compilation:

"We are currently in a dressing room in Preston, reading about Scarlett Johansson on Wikipedia. Apparently she tests for HIV twice a year.

“Also, we just put out our new 7" 'Laughing Man' (order here) and we're on tour all over the UK until March 3, listening to our awesome DiS mixtape on repeat because it's only ten songs long! Who makes a ten-song mixtape?!

Lovvers will be keeping a tour diary for DiS while on the road, so point your cursor back here in March to read all about their exploits.