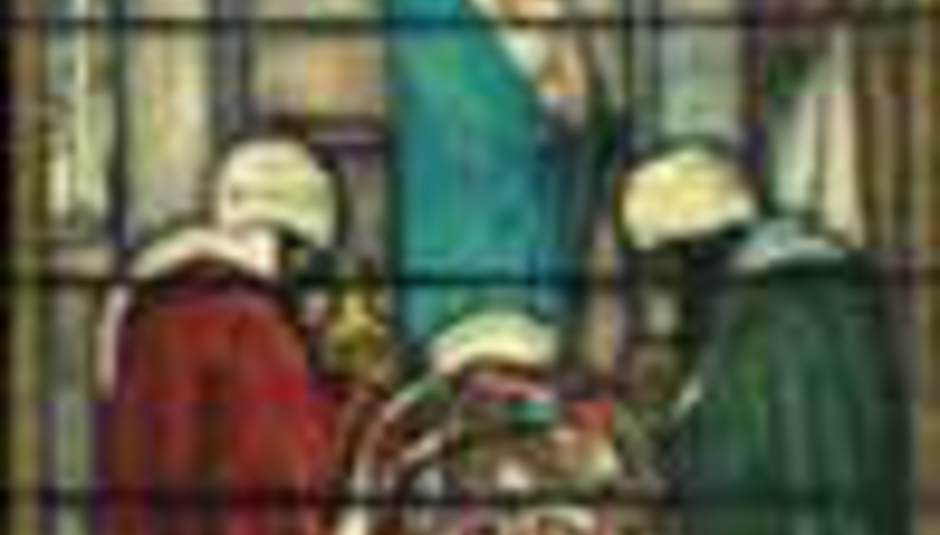 by Julia Vergho December 6th, 2001
It's that time of year again: Cliff Richard is releasing crap, everyone and his dog is releasing topical 2001 compilations (not even Tesco's are holding back), Donny Osmond is working on a comeback and we strangle ourselves with bits of tinsel once again. But, what's the point? Christmas is a holiday like any other. And don't try and tell me anyone is particularly religious these days and actually cares about Christmas, cos I know you don't.

The scary thing is that Christmas technically starts in October. For the retail industry, anyway. I saw the first Boyzone chocolate calendar in Lidl months ago. Shock, horror. Makes you wonder who actually buys that stuff? Do people really venture into Lidl in October, thinking "oh, it's Christmas soon, I better stock up on advent calendars!"? Surely the chocolates are consumed by November the latest, leaving the happy shopper having to buy another one for December. Talking about December, that's when it gets really bad. Ever tried doing your grocery shopping on busy high street in December? You haven't? Well, lucky you. But of course you're missing out big time. On twisting plastic Santas, miles of tinsel, inflatable Christmas trees and a rave version of Jingle Bells. I thought Christmas was meant to be relaxing. Quite blatantly, it isn't. Never do you come across more furious shoppers and shop assistants who lost it big time ("A refund. You want a fucking refund?"). Or better still, you get sucked into other people's Christmas shopping. Like confused parents who venture into HMV because their Slipknot infested brat wants "the new" Linkin Park under the tree ("Excuse me, do you work here?" - "No, sorry." - "Oh, good. Our son wants the new Liiin-kiiin Paaaaark record and we don't know which one it is." - "Uhm." - "This one or that one?" - "Er, this one, of course." At which point you point at some random CD). Great.

That brings us neatly round to...presents. It's like 'an eye for an eye' with those. Someone spends ten quid on your present, so they expect a present worth at least ten quid back. That's how it works. Sad but true.

Stop this nonsense and stop it now. In the meantime, there's still enough time left to practise your "Oh, you shouldn't have..." routine. Merry Christmas to you, too.