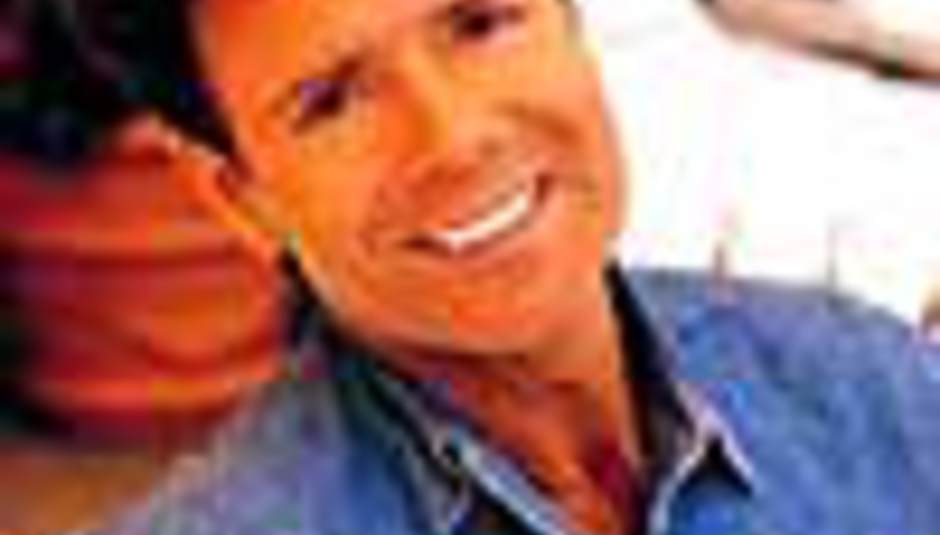 by Septic Clit December 2nd, 2001
Elsewhere, you’ll be reading about what a great year it was. The best year ever, some may say. A year full of beauty and brilliance. But who the fuck are they kidding? Lastnight, I watched television. Saturday evenings are not a good time to curl up in front of the TV – as if there is a good time? Some things never change about Saturday evening’s on ITV. There will always be the light-hearted Saturday afternoon news, followed by the sports results. Then a gormless moment on Catchphrase. Mixed in between are the results of a good week for those quirky product placement teams, who will have ensured we see lots of alcoholic drinks shoved down the necks of pretty young things. Then the tv will tell us about a dodgy new dum-dumb-dish-ish-ish compilation, proceeded by a suggestion for me to treat myself to something fattening and/or greasy like a pizza or a korma. Just before the 'shows' return, as if by coincidence, something else is on offer to get rid of my salami face, help me stop smoking or to clear up my dandruff(not that I have any, anyway). For the cardigan-wearing forward thinking, they’ll add a little bit before they are interupted by the next programme and suggest Alka-Seltzer, cleaning products and toilet rolls… consideration to the max!

After the ads, Cilla’s pronunciation of “hurr” will be forevurr thurr until collectively we see sense and it is publicly ignored, only then will the show is taken off ehurr. Why do we watch it? It’s just a programme showing us how ugly some people can be on the inside. It is desperately trying to convince us that we can base love on a selection pre-set innuendo’s and dodgy puns. Then, within a soundbite, they mention the lust on first sight but then how repulsive the person was by the time they got away from the camera’s.. Can you remember ever seeing a couple who came back with anything more than a free holiday? Also, maybe it’s just me, but it seems like fashions can constantly change but every single episode of Blind Date could be decades old. Do the people on there all live in some branded bland uber-world where talking about oneself in third person isn’t unheard of? Do all these trying hard to be sweet, 20something blokes, still let their mums shop for them? Enough thinking. Times up. Here’s the canned laughter and a loud mouthed kappa slapper, dolled up for the first time since her childhood brainwashing (aka a Christening) advertising her fake-tanned inner thighs to every man in the land. Now that’s entertainment?!

I turned over but only to find more marketing, this time it’s older, hairier and appealing to a much wider audience. No, not a special on elf-porn! Something much much seedier. Major record labels selling their back catalogues, what a novel idea! The programme was the 'Top 100 Number 1’s of all time’?!?!?! All time? That makes it sound so grand, like it spans the ages and takes into account A Stoneage Man “Wah! Wah! Waaah, fire is SO prehistoric!’. Like fuck does it. History goes back as far as the first TV and that’s all that matters to us, the multimedia generation, apparent-bleeping-ly. Yeah, cut out the reality from my words, make the whole world radio-friendly!!

‘Norton the token celebrity gay man (reinforcing how politically correct and diverse the media is today… not how wimpy, open campness actually makes people laugh at womanly, gay men, making any pre-bra-burning problems worse!), makes snide remarks before the tea-breaks and friction filled videos. Amongst his comments are people who’ve never done anything with their lives but professionally comment on other peoples attempts to validate their existence or vague attempts to subvert the mainstream but make a shitload of money in the process, tell us like it was in those good old days of pop hysteria! Selling out was not an option, it was desired and easy, not to mention how little the bands actually made because of the businesses, which’re now huge multinationals, exploiting their rights!

For me, Number 1’s sum up just how hollow you people really are. Yeah, all of you! In the back of dusty draws or slipped under your bed, you’ll find at least one of the records from that show. I know I owned at least one of them but burnt it or carbooted it or I gave it to charity, naturally. I HATE SINGLES!! At least today the only point of a single is to get a video on mtv to help shift unit after unit of albums. Have you noticed how a lot of these LP’s (that stands for Long Players kids) are full of fillers? Sum41 even noted it in their album title – how clever and socially aware of them! A lot of these bands also do covers of other peoples songs if they run out of ideas for fillers. Others of them like to give us some arty-bollocks they wrote in the extra 10minutes they had before going off to have a spliff whilst being interviewed about an album they’ve not yet finished. Hype matters everso much! Music, pah, we’ll settle for anything as long as it’s cool and we can bounce up and down to it, yeah? Bands can get signed for one song, get someone else in to write some more singles and hey presto, you get an award from some idiot who’s not heard your record, a pat on a back by an old git with a pony tail who likes to think he discovered and made you what you are, then you can destroy some brain cells on complimentary drugs and set about modelling yourself on stars of the late 60’s and early 70’s. It’s all so easy, why isn’t everyone at it?

At this point I realised making the effort to move away from the tv was better for me than throwing the tv at the drunken teenager spewing on its way home. Seeing this kid wasn’t a good idea either. It was one person who could sum up a few things about 2001. They, as I’m unsure of its gender, was wearing a black hooded jumper with some-such name on the back and a few ugly faces on the front. Added to this look were a few primary coloured beads, some spikes of metal poking from its McNeck and a backpack covered in tip-ex. I could read one name, which I could also read on the cover of some paper which read a bit like smash hits but that wasn’t what it was. I will not go into this, maybe next time.

So, that wasn’t 2001 in retrospect, you didn’t pay to read this, you just spent some time doing so, what’s your problem? I’ll come back in my next life as an agony aunt, so if you have a spleen about to rupture post a comment or e-mail septic_clit@drownedinsound.com...

ROLL ON 2002… the year to settle for less of this rubbish!