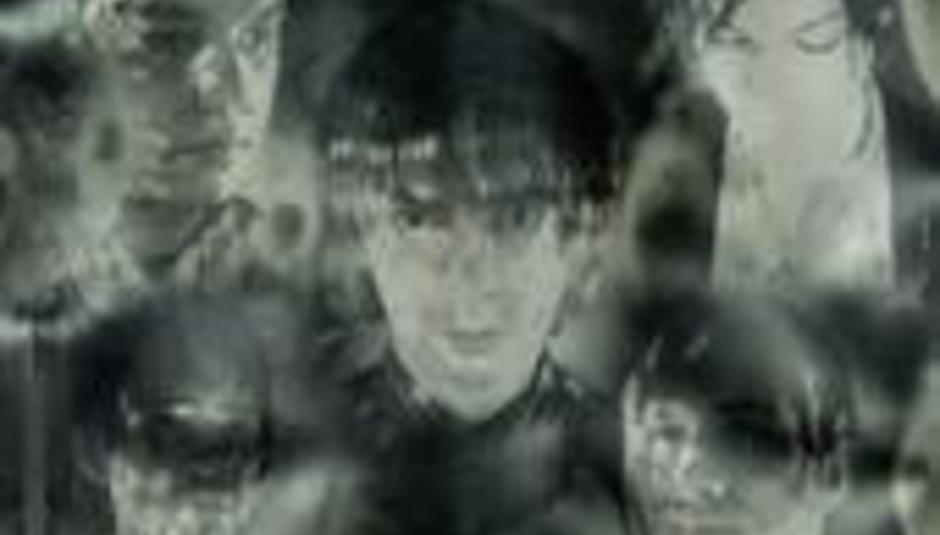 Combining Beach Boys-style harmonies with blissed-out, effects-laden guitars, Norwegian quintet The Lionheart Brothers must be a safe bet as one of the bands most likely to succeed both critically and commercially on a wide scale in 2008.

A supergroup of sorts in their homeland - some members of The Lionheart Brothers have played with both Serena Maneesh and 120 Days - their first recorded output back in 2004 (the Colour, Contrast, Context EP) earned them recognition on Scandinavian territories, but it wasn't until this year's 'Hero Anthem' single came out in April that people in other parts of Europe began noticing them. Indeed, DiS first caught sight of the band at this summer's Hove Festival where they played a blistering mid-afternoon set.

Their debut long player Dizzy Kiss came out in Norway during the early part of 2007, reaching the Top 20 in the process. January 2008 will finally see the record get a release over here; we can't wait, and the band will also be over here to promote the record with a series of shows.

The band consists of Marcus Forsgren (guitars/vocals), Morten Øby (guitars/vocals), Frantz Andreassen (bass), Audun Storset (keyboards), Peter Rudolfsen (drums). DiS spoke to Marcus via the powers of Yahoo about the past, present and future state of all things Lionheart. Take it away, Brothers...

Your name comes from a book by Astrid Lindgren. Are there any more literary references of hers within your songs?
No, it's just the name...

Two of you have been involved in other high profile bands (Serena Maneesh, 120 Days). What would you say the main differences are between working as part of The Lionheart Brothers and your previous bands?
There's a more open-minded musical aspect within The Lionheart Brothers than there was in the other bands. I think Serena Maneesh and 120 Days are more dogmatic in their music and every song is under the same, smaller musical umbrella. I think The Lionheart Brothers have a wider perspective of what we allow ourselves to play. That's not necessarily always a good thing. I think it's harder for people to label us than Serena Maneesh or 120 Days. We're still friends with the people in those bands though, and fully respect what they are doing.

How does Dizzy Kiss compare to any previous records you have been involved with?
I've never made such an ambitious recording before. We had a lot of guest musicians coming into the studio and it's a real arsenal of instruments on the record. Everything was done with analogue equipment, both the recording and mixing. I didn't have a clear goal on how the record should end up sounding, but we're pleased with the results.

Dizzy Kiss has been out for almost a year yet won't get a proper release in the UK until January 2008. What is the main reason for the delay over here?
Well, we're releasing Dizzy Kiss in the UK in January on Racing Junior Records. The most important reason for us to sign with any label is that they truly understand our music, and that they don't stick their noses into our creative process. Finding a suitable label who would honour that has been the hardest part...

Dizzy Kiss is your third major release, although to many people in the UK it will be seen as your debut. Do you feel the band has progressed significantly from the Colour, Contrast, Context era and are the any plans to re-issue that EP?
Oh yeah, I really feel the band has progressed. On the CCC EP it was only me and Audun (Storset) in the band and we played almost every instrument ourselves. Peter played the drums on three of the tracks... I don't think we became a complete band until we started recording Dizzy Kiss. There have been so many changes within the band with different members coming and going. There aren't any immediate plans yet to re-issue the EP, but it'd be cool to eventually put it out there on vinyl and made available to those who want it.

What is the most pleasing aspect about being in The Lionheart Brothers?
The most pleasing aspect is when we turn out all the lights in our rehearsal room. The only light in the room is from the lights on our effects pedals...We just let ourselves go into space with hours of jamming and improvisation. That's probably my favourite aspect of being in The Lionheart Brothers...

I saw you play live at this year's Hove Festival and was most impressed, particularly with the enriched quality of the sound. Do you see yourselves as more of a live band than in the studio?
For us, playing live and recording are two completely different things. I love the art of producing and recording, and really feel in my element when we're in the studio. Recording is an artform that needs a lot of time and overview. Everything you put down on tape has to be put down for a purpose... Playing live is completely different. When we play night after night you really can get fed up playing the same songs over and over again. We prefer to improvise and let the concert live its own life. Every concert has to have something new, or else there is no point in playing it.

The B-side of your last single, 'Hero Anthem', was a cover of 10,000 Maniacs' 'My Mother, The War'. What made you choose this song and are 10,000 Maniacs and Natalie Merchant major influences within the band?
It's a simple story to that one. We were watching music videos on the website Musicvideos.com. The site has this function where it will pick a similar sound or video for you when the one you wanted has finished. Suddenly a live video of 'My Mother, The War' came on. It was completely mind-blowing. The live version is one hundred times better than the recorded one and much crazier and psychedelic. Those who haven't seen it should check it out. But besides the live version of 'My Mother, The War', 10,000 Maniacs and Natalie Merchant have not really been a significant influence.

Your sound has been described as being a mix of "My Bloody Valentine-esque wall of sound guitar dynamics laced with Beach Boys harmonies". How would you describe your sound?
I think The Guardian had a nice one. They described our music as "The bridge between Camden and California". But you're right, both Beach Boys and My Bloody Valentine have been major influences...

What are your plans for 2008?
When Dizzy Kiss finally gets a UK release in January we plan to tour there as much as we can. We also want to spend quality time in the rehearsal room and get some new stuff together. We hope to get a new album finished before the summer. But we'll see...we always end up spending much more time on a record than intended!

Finally, are there any other Norwegian or Scandinavian bands in general you feel we should be keeping an eye on here in the UK?
There are a few you should keep your eye on: I Was A King, Pirate Love, Maribel and Blackstrap from Sweden are four that spring to mind.

Dizzy Kiss is out in the UK on January 14 through Racing Junior Records.

For more information on The Lionheart Brothers visit their MySpace.