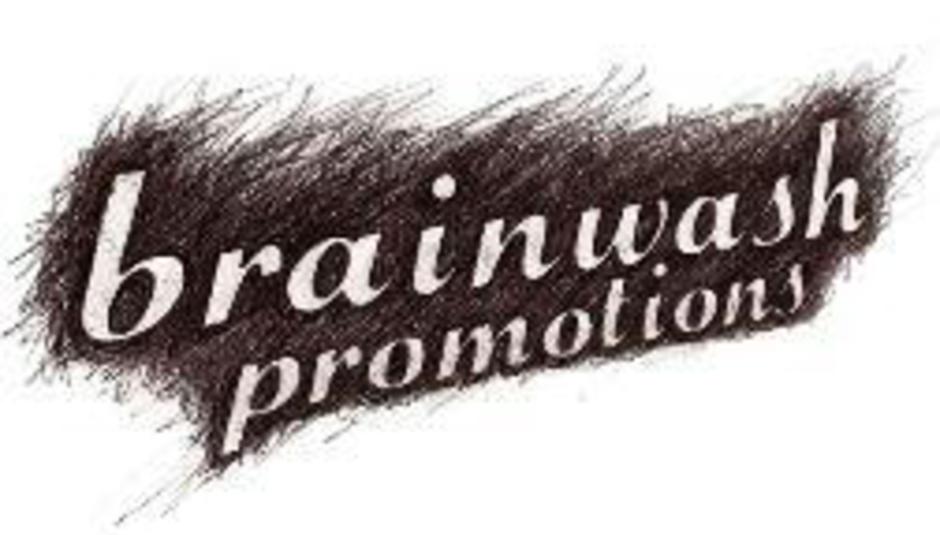 Brainwash is back for a second year, taking over a pair of Leeds venues this coming weekend (October 19-21) for three days, and nights, of eclectic alternative music.

Calling at the city’s Brudenell Social Club and Royal Park Cellars, Brainwash sees a host of excellently divergent acts taking to the stage in the name of an array of charities including Oxfam. Among the bands performing are Youthmovies, Unsane, Adem, Clark, Eugene McGuinness, Rolo Tomassi, Shady Bard and These Monsters. For the full line-up and ticket details (£15 for the weekend!), click here.

DiS caught up with Brainwash curator/founder Haydn Britland to get the lowdown on one of the north’s best new festivals.

Brainwash is in its second year – I guess nothing happened last time to put you off a three-day festival? How does this second event build upon the foundations of the debut festival, and is Brainwash something you can see rolling onwards and upwards, growing beyond the venues it’s in now perhaps?

Last year was great, with an awesome atmosphere. It was very stressful, but great fun at the same time. I think some people were a bit apprehensive about the idea of having to switch between two venues, but people were going from one to the other and making sure all bands had a decent crowd, so it worked brilliantly. Besides, they’re right next door so it’s not really a marathon!

I think what we’ve grown on this year is the headline acts having more diversity. Last year we had Oceansize, This Et Al and iLiKETRAiNS – all acts with one foot in the post-rock arena, and all from this area. This year we have Youthmovies, Unsane, Clark and Adem – all very different acts, from very different backgrounds.

I’d like to see this festival continue in the venues it’s in now for many years to come, as they’re great places. We’ll probably do bigger stuff at other venues at other times of the year, and continue with the shows we’re doing around the city throughout the year.

You’ve attracted some diverse acts to the festival – Unsane one day, Adem another. What’s key to you: variety or quality, or is a mix necessary? What bands could you not get this time out that you’d hoped for, and what new, perhaps ‘unheard of’ acts do you expect to surprise people at Brainwash?

I think there’s enough great music around to make something like this happen with both varied and quality acts. The diversity is important, but I guess that the line-up is just a reflection of my musical taste. I wouldn’t want to see the same sort of bands over and over, and luckily there are a fair few people with a similar viewpoint.

This year managed to fall in to place quite well. I wanted Envy to play, but the agent wasn’t sure whether they’d be in the US around this time so we had to leave it – luckily, they’re playing Leeds a few weeks after now. One of the main targets was getting something really nice to end the festival; in fact, the aim was getting Adem to close it. Once that had been sorted I knew it was going to work out well. Errors are another act we’d have liked to have on, and I missed out on Jetplane Landing, who are an all-time favourite, but I’m assured we’ll have them on in the first half of next year now Andrew’s baby has entered the world.

As for new and unheard of acts: for the out-of-town bands, I’m really looking forward to catching Meet Me In St Louis again. They’re an incredible live band. Sika Redem I’ve yet to see live, but the record is great. We Vs Death have to get a mention, and I haven’t seen Great Eskimo Hoax and Monkey Swallows The Universe in a long while, the latter even since they’ve been a full band. If I had to single one out though, it’d have to be Jonquil – their music is amazing.

One thing that needs to be said about this festival is that it really couldn’t be what it is without the local pool of bands and artists we have here in Leeds. There’s not one band on this bill that is just there to make up the numbers. From indie bands like O Fracas, Wintermute and Napoleon IIIrd, through heavier acts like Humanfly, Red Stars Parade and These Monsters, to the folky side of things with Paul Marshall and Fran Rodgers, it’s a pretty good city to be putting on music! There’s even people like randomNumber, who’s played internationally and released stuff on labels like Rock Action, playing regular local shows.

Does diversification impact upon your potential audience? Or would a singular-minded bill attract fewer punters? With last year’s event to lean on, are you confident of this year’s being well attended?

I’d say so. There’s a fair few who’ll really get in to the diverse spread of the weekend, but there’s also a fair few who may just be into one particular day’s bands. That’s why there’s a rough common thread on each day (Friday: indie, Saturday: heavy/experimental, Sunday: folky), but we’ve also mixed it up a bit, so there’s plenty of variety each day.

Charity, of course, is an important aspect of Brainwash. Does this mean the bands are more flexible with things like fees, or have you had to deal with managers who care not for charities, save their own pockets?

Ha ha, you want the dirt! The first thing I’ll say is this is a music festival over a charity event; there’s not much gap between the priorities, but the distinction is there. Most bands are on very basic fees to cover petrol, and locals play for free to aid the cause. Headline acts of course have fees - Clark is flying in from Switzerland and Unsane are touring the world - but bookers/managers/bands have been really accommodating. The idea here is to help good causes with money that can be better used. It’s a lot of work organising it, but myself or the bands don’t really need the money that can be raised from this as much as others. Last year we raised nearly £3,000 for Oxfam, and whilst that could have been distributed £50 per band, £10 a band member etc, there’s a much better cause that a lump sum like that can go to. So long as no-one loses money, it’s all good. This year we’ve brought in a couple more small charities to share the money about a bit with local causes.

Meet Me In St Louis: 'All We Need Is A Little Energon...'

2007 has been a mad year for festivals – have there been too many in your opinion, and can local events like Brainwash get lost in the flood of new, high-funded events like Latitude, and a few others that fell by the wayside this summer?

There’s definitely too many, like there’s too many gigs, but everyone wants to give it a try, right? I think something like this will be fine, as we’ve got a solid base to work on. A lot of these bigger festivals have similar line ups, so it’s natural some are not going to survive. There’s not much thought in to some of those line-ups, it’s just big charting band, another big charting band. It gets pretty dull. There’s also the cost – we purposely make this affordable, so people can just come along to check out some new music, and that’s an important part of it. From last year’s bill, iLiKETRAiNS have picked up a big album deal and are heading to the US very soon, and Foals are all over the TV. There’s certainly some bands on this bill who could be out of reach of something this size next year.