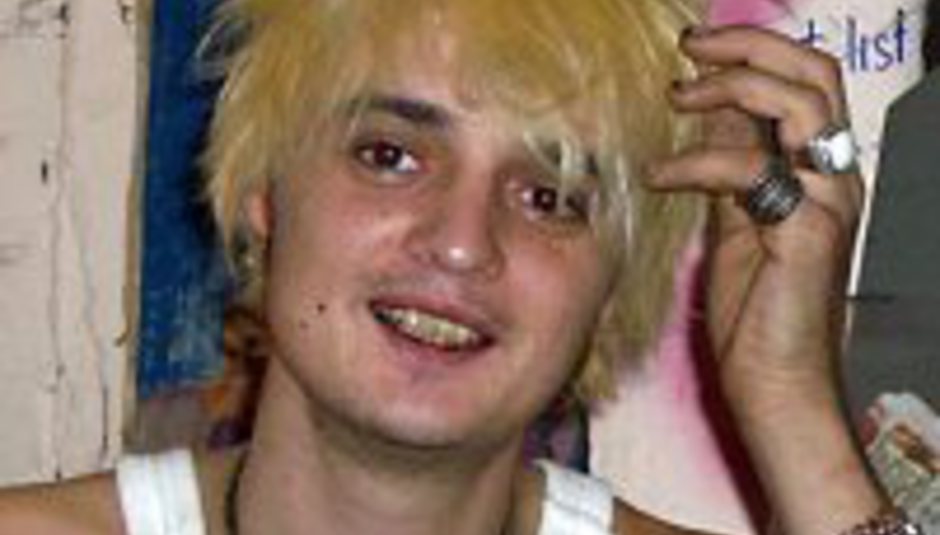 Music and drugs. They go together seamlessly, flawlessly and as happily as bread and butter, Kurt Cobain and shotguns and Britney Spears and pre-psychosis.

The history of music is_ the history of narcotic abuse; from Paul and John with their acid and dope, Jimi and his heroin, Kurt and his brown and Pete and his um, heroin again.

The question is; what happens when you disentangle the artist and the mind-altering substance?

Essentially, a re-writing of rock n' roll history. The Beatles would have kept writing really good three minute pop songs, Pink Floyd** wouldn’t have written anything ever and Nirvana would be on their Automatic For The People_ style acoustic LP right now. Another positive tick in the ‘uses drugs a lot’ box is that of Peter Doherty. If he wasn’t a mashed up, disintegrating corn on the cob (see above picture), he’d probably be on his seventh album’s worth of whimsical folk punk tales of albion. But then again, he and Carl Barat would never have been torn asunder, meaning we wouldn’t have Dirty Pretty Things. Oh, the raging ying versus the soothing yang…

Of course, bands do survive the drugs, kick the habits, and almost inevitably, write a load of toss. Utter toss. See Aerosmith, see Bob Mould, Richard Ashcroft, Spiritualized or even Queens of the Stone Age - since the man who took all the drugs all the time left; they’ve been terrible. David Bowie’s been clean for 25 years, which is pretty much when he released his last good album – the rather patchy Let’s Dance.

In the case of Bobby Gillespie, the drugs he’s on seem to relate to the records he’s making. Ergo whatever he was taking for XTRMTR_ and Screamadelica was good, that which he imbibed for Give Out… and anything after XTRMTR is bad. The Super Furry Animals**, like many, are essentially singing narcotics, and all the better for it.

The ‘chronic’ has naturally been a ridiculous influence on the Hip Hop community (Dr Dre wrote an album entitled as such), but the likes of DMX, *Xzibit and Snoop Dogg* have either smoked so much they’ve literally mulched themselves, or they’ve stopped and are now lost to the world. It’s hard to say, really…

The list of those who are either unaffected by their peaks and troughs of drug abuse or got better after they kicked the badness is short in our eyes. We number Wayne Coyne, Tom Waits and Nick Cave amongst them, but not too many others.

*_DiScuss: * Which bands or artists are better for the drugs? Or worse? Which is the best ‘Im on loads of drugs, seriously, it’s fucked up’ _album of all time? _ Ladies And Gentleman We’re Floating In Space? Is Sgt Pepper’s _the worst?

Note: anyone who witters on about alcohol being the most dangerous drug of all will have their account deleted, then forced to smoke crack with Pipe-y Pete for a year.