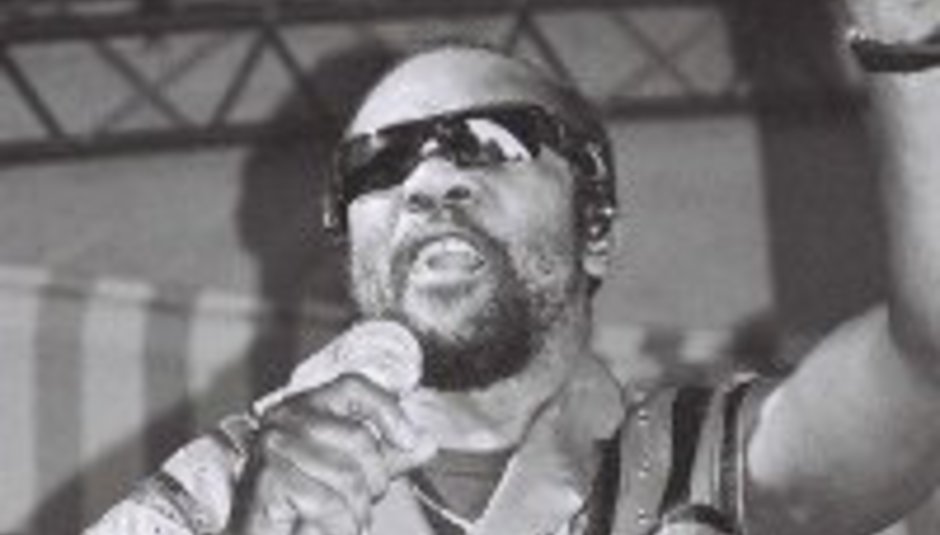 Is a ‘London festival’ a contradiction in terms? I mean, where’s the camping? Where are the flooded tents and ever-rising pools of liquid shit? And where’s that dawning sense of What The Hell Have I Let Myself In For Again?

Yup, it sure sucks having to attend a festival in London.

Then again, successful festivals obviously rely on enthusiasm, and it is difficult to arouse passion out of an event with such a superfluous range of Time Out-class comforts. Linda McCartney’s range of vegetarian cuisine anyone? Just look at the rigid indifference that annually greets the capital’s Wireless/Get Loaded In The Park efforts. It’s not exactly the famed Festival Experience of yesteryear.

But, in turn, you do have to start questioning what and who the hell Yesteryear actually was, anyway. Swallow your unjustified pedestal of festival superiority, and Lovebox is terrific.

Hosted and curated by Groove ‘fond of sand dunes’ Armada, The Lovebox Weekender is made beautiful by 1) boasting a unique line-up (read: No CSS at festival SHOCKER! Better still: No Lovefoxxx at Loveboxxx!) and 2) Sunday being on the welcome end of some oh-so-rare Hot Town! summer in the city sun.

In fact the brilliant Sunday is so much more enjoyable than Saturday that Day One is getting no more than 87 words: Light-drizzle dominates as Super Furry Animals inexplicably open proceedings to an empty site at 1pm. Hush The Many offer up lovely folk, but are drowned out by beats from nearby fairground rides, while The Presets are truly YUK!, though rushing into Scratch Perverts offers negligible relief. Clubbing for beginners. At least Spanish hip-hop-flamenco eight-piece Ojos de Brujos provide more cultured entertainment. Even if ‘Cultured’ only really equates to ‘Foreign’. Finally, headliners Sly And The Family Stone’s first London appearance in twenty years ends in distinct anticlimax. Then it’s Pub. Club. Sleep. Sunday. But where rain should prevail, there is unexpected sun. A parting of the clouds and the festival’s mood switches in a twinkle. Mack’s are slung aside, umbrellas cast into The Thames and Hackney’s Victoria Park rejoices. Saturday’s moaning babies are Sunday’s cooing angels. The joyous tops-off-lads weather is also matched by a bigger, rounder, better line-up.

Upon entrance to the site we are wilfully seduced by the afro-desert-beat of South Saharan Tinariwen, the so-called Rolling Stones of the desert. The group are a fantastically surreal spectacle on the Main Stage, swaddled in their warrior robes, and hardly acknowledging the crowd but for handclaps and dances aimed in our general direction. They are utterly mesmerising.

Half an hour later and three members of Hot Chip emerge to a stage arranged for five. “Hello, we are three-fifths of Hot Chip” says an embarrassed Al Doyle, adding that “this is like playing our first gig again”. No matter: the adapted four-piece (having recruited a befuddled mate to help on percussion, Alexis Taylor giving him clearly necessary instructions mid-song) are fantastic as always. Two songs from the end, Owen Clarke also stumbles on stage, dressed in denim and impenetrable sunglasses. Whispers of a split are then sparked by Doyle’s dedicating ‘Over and Over’ to “Joe Goddard, ex-member of Hot Chip”, though a heavy Saturday night after their Somerset House gig is hopefully the real explanation. Meanwhile I miss Tunng, who are apparently excellent, Candie Payne disappoints, The B-52’s overdo the novelty-kitsch and play for too long, while The Rapture ask not to be filmed, before performing ace versions of ‘Whoo! Alright-Yeah…Uh Huh’ and ‘House Of Jealous Lovers’ surprisingly near the start of their set. Which frees me up to go and see legendary reggae record label Trojan Soundsystem celebrate their 40th anniversary with their own stage. Did I already say it’s all rather lush in the heat?

Then it’s an easy choice to make between Groove Armada (presumably the only way the duo can headline a festival is to host their own) and reggae icons Toots and the Maytals, who inspire an amazingly enthusiastic and dance-willing audience. Considering how fresh classics like ‘Pomp and Pride’ and ‘Pressure Drop’ sound today, God only knows what they were like 35 years ago.

Fair-weather reviewer I may be, but with the festival coming to its conclusion and still nary a cloud in sight, perhaps a Time Out-sponsored organic Linda McCartney lasagne isn’t such a stupid idea after all.

Photography by William Irwin, from top: Toots and the Maytals, The Rapture, The B-52's