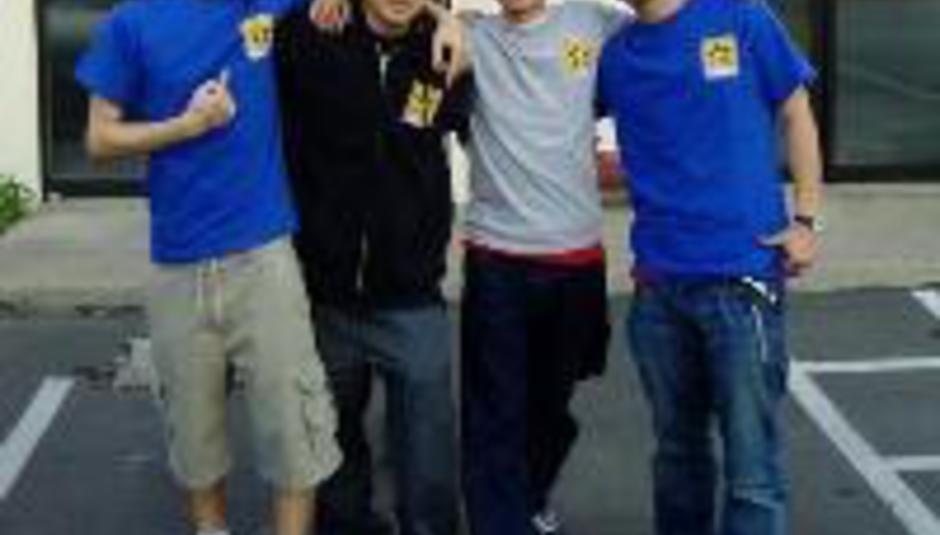 In part two of our four-part focus on bands to have crossed our radar from the Far East, DiS bends an ear the way of some frantic hardcore, some refined pop-rock, and some introspective shoegaze-like sound-crafting.

theXgeeks (pictured, main)
MySpace
Hardcore at its most raw, theXgeeks – based in Seoul, South Korea – have toured far and wide, throughout their homeland and beyond. The energetic five-piece – straight-edge of approach and savage of riff – released their debut long-player, Every Time We Fall, through Think Fast Records earlier this year, and supported it by driving all around the US, playing shows to whoever would listen to their message of positivity. In San Francisco their gear got stolen, robbed from their van, but it didn’t slow them down – the quintet posted the message: “As long as everyone including ourselves is having fun, that's fine with us”.

The Yours
MySpace
Influenced by the likes of The Cure, My Bloody Valentine and Joy Division, Hong Kong-based trio The Yours were brought to DiS’s attention by one of our own – click here, you see. Hong Kong’s answer to Ride they might not be, quite, but the comparison’s close enough when ‘Tasteless’, currently the sole song on the band’s MySpace page, is given a spin. Dreamily rocking, with muted vocals, the band are quite obviously an enveloping live experience waiting to cross to a broader audience. Since they only formed in 2005 The Yours have some way to go yet before they’re the final package, but the signs appear promising.

The Waking Party
MySpace
We’ve been giving Seoul’s The Waking Party a fair chunk of time of late at the DiSopolis – while they’re far from the most revelatory outfit you’ll ever hear, and originality’s not high on their checklist when it comes to penning their itchy pop-rock, all the component parts employed are pretty darn neat. It's pop: upbeat and fun. The band – a trio – have a couple of EPs under their release belt and appeared on where the wild things are, a recent compilation featuring the best new bands in Korea. It’s out now on Double Asah! Records, an indie in the region, and The Waking Party contributed a pair of tracks, ‘Signal Or Static’ and ‘Drunk And Restless’.

Swing by DiS Goes East next week for three more mini-profile on breaking-through bands from the other side of this world o’ ours.