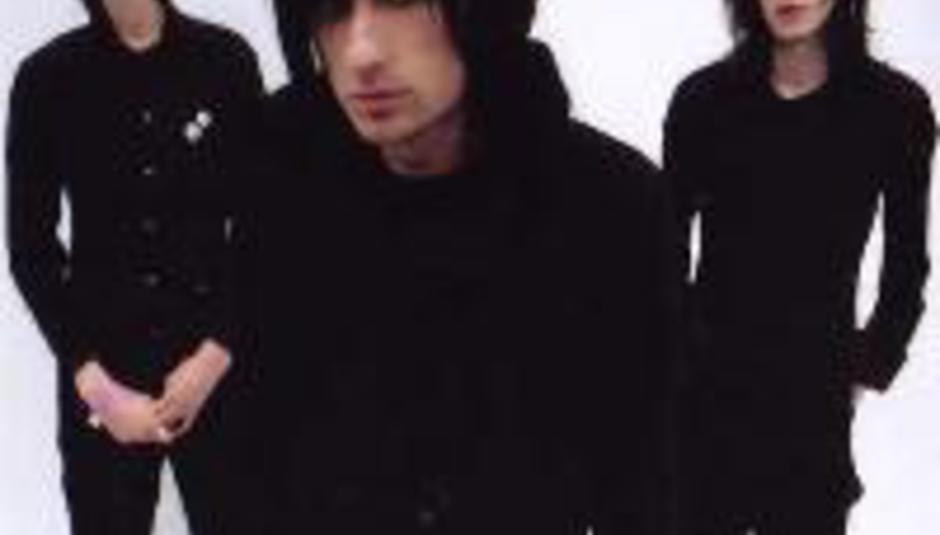 LostAlone have been on and around the UK rock scene for a few years in some shape or form. Building a reputation around their incessant touring and the heady harmonies found in their infectious choruses, the Midlands-based trio have found themselves on the bills of some great shows of late including a few slots with the mighty My Chemical Romance by personal request and a forthcoming appearance at the annual emofest/hell, Give It A Name.

DiS talks to vocalist and guitarist Steven Battelle - the band is completed by Mark Gibson (drums/vocals) and Tom Kitchen (bass/vocals) - about life in one of the hottest properties around in the middle of their very long debut tour in support of their self-released debut album, Say No To The World. Lots of debuts, there.

How did the band get together and what were you doing before?

LostAlone came together in February 2005 in Derby after a month of walking and writing. Mark and myself have been in bands together since we were 11 and after many false starts and inadequate line-ups – we were in a band called Intentions of an Asteroid which I disbanded due to incompatible egos and madness – we finally found Tom who fitted in perfectly.

How would you describe your music?

Some of the descriptions we have read about ourselves are great: “Mansun crossed with Guns‘n’Roses”; “Semi-metal”; “The soundtrack to a happy death”; “Riffs for the mosh, lyrics for the heart”. I hate all these sub-genres… post this, post that. If we have to be post something then we should be ‘post MAN’! Otherwise I would say we are a rock band.

Where do you get your inspiration? What do you sing about?

I generally write songs in two ways. 1) I have what I call “melody nightmares” – waking up with a fully formed song and then racing to record it on paper. 2) I like to go on walks. I usually get one song per walk and the most fertile period is around 7am. During the writing most of my lyrics seem nonsensical until I finish and look back and it all makes sense, like I knew all along. I’ve never been one to sit down and decide to write on a certain subject.

Are you a band that prefers to play live or do you prefer the studio?

Well I’m currently sat backstage in Hertford on day seven of 29 dates of our first UK tour, it’s packed out front and I’m really excited. So at the moment, playing live. I do love the recording process; finally hearing the ideas that have been in my head for months but as of right now I can’t beat performing live!

How did you find playing on the ‘second stage’ on the Taste of Chaos tour?

I have a huge respect for all the bands we played with on the tour and this was a really big deal to us and is now one of my fondest musical memories. Nobody out there knew who we were and nobody cared, until we hit them with a full-throttle rock assault. I felt extreme adrenaline playing to that many people and feeling the great reaction thrown back at us was and remains an unexplainable feeling.

I understand you have a big following on the continent. Have you played abroad much?

Well, in December 2006 we completed 12 dates in as many days in Germany. They were all small venues but we were blown away by the amount of people paying to see us – no support bands, just us. All these people came who have seen us on MTV or heard us on the radio out there. It was a humbling experience. Two sold-out nights in Berlin was just madness!

How have you handled releasing stuff on your own label and how did that come about?

It’s great. We only work with people we trust and if we make mistakes it’s our fault. There’s nobody else to blame! I am a complete control freak and have complete control over every aspect of our career. A usual day involves a huge list of things I want to see results on and by the end of the day. I MUST SEE RESULTS!

LostAlone released their debut album Say No To The World on March 12 on their own Scorpia Recordings and are playing Give It A Name at the end of April in London, Manchester and Glasgow – click here for more details. They also play Klub Kerrang at London’s Koko on May 19. That’ll be fun.

The band’s MySpace page is here.