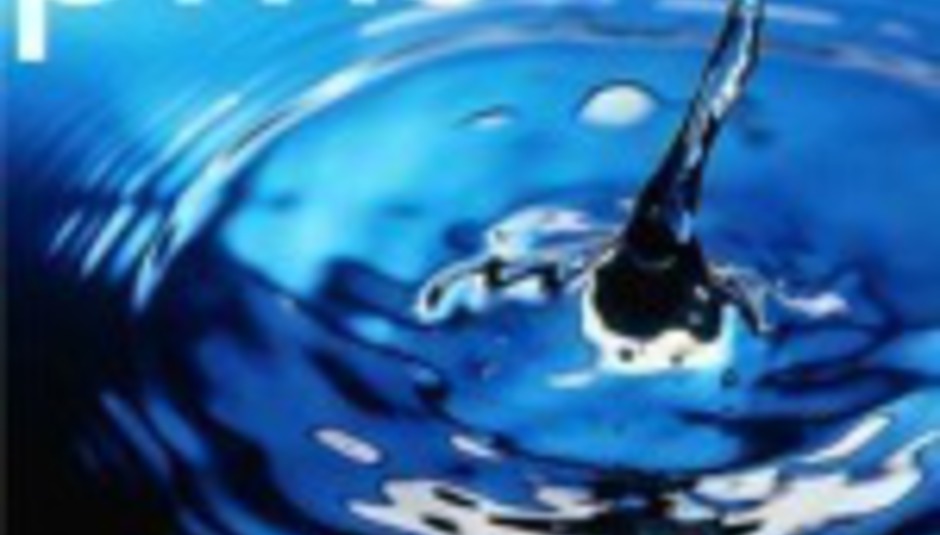 One of the many things with which I struggle on my stumble through this hung-over farrago of protoplasm and pheromone-chasing called life, is defining exactly what it is that the radio show PMS does. What we’re there for, and why we do it.

My glib answer to that, usually, is: “Look at the playlists on the site, and whilst you’re at it, listen to the bloody show cos it’s quite good, ya know”.

But in truth we do actually somewhat sum ourselves up sonically at this time of year with three special shows that, in common with every manjack and cutie, offer our version of Best Of The Year.

The first of these is our Buyers’ Guide: a show made up of tracks from albums, EPs, demos and singles the PMS team consider to be (some of) 2006’s essential purchases. It’s one hell of a show and a lot of fun to do. Here’s what Roger Hill, Richard Matanda and myself came up with for the Buyers’ Guide, and the tracks that got us through two of the most wonderful musical hours of my life.

Tunng – It’s Because We’ve Got Hair’
And they do, ya know. It’s probably almost in the realms of neo-folk but done this well it’s completely compelling.

“Rituals And Celebrations Of The World” – Navajo Indians – Poe-Wow – Sacred Chants
A great album and totally in line with (a part of) PMS’ raison d’etre, which we kinda sum it up like this: we play music of the world, not ‘World Music’, whatever that particularly superficial genre-label is supposed to mean.

Birdy Nam Nam – ‘Body, Mind, Spirit’
Having seen the four-man, eight-deck jazz-dance-soul mash-up-cut-up French guys in action in Rennes in late 2005, at the rather ace Trans Musicales festival, I brought the LP back and we played it in January – approximately a year before it was finally released in the UK.

Regina Spektor – ‘Oedipus’
I can’t even begin to sum up the first and best of the two LPs she released this year so I won’t.

Salem Tradition – ‘Fine Ale’
The title, of course, in English, is close to a lot of people’s hearts, but it actually means something entirely different, which I’ve forgotten, sorry. Taken from a wonderfully uplifting Reunion Island LP featuring Christine Salem and many traditional instrumentalists from that part of the world. It’s melodic pop of the most joyous kind.

“The Definitive Story of CBGB” – PereUbu – Final Solution
Had to get some Pere Ubu in there somewhere… the clue to the LP’s in its title. PMS has been playing tracks by Ubu and associated artists for over twenty years.

Be Your Own Pet – ‘Bunk Trunk Skunk’
Naughty words! One of the best punk rock albums of this year, and proof that scorching the skies with sonic filth is still a very wonderful idea that should be encouraged forcefully. You won’t see these people get addicted to port, but they might eat the bottle. I think the lyrics to this one are another clue to what the show’s ethos is all about…

Attwenger – ‘Dog’
And follow on from that with Austrian new-wave-electro-weird-aceness!

Camille – Pour Que L’Amour Me Quitte
My LP of the year I think and I would kiss Camille’s face off. Somewhere between Gainsbourg, Björk and Nouvelle Vague – for whom she sang on their superior debut album last year so memorably. Check out the video for ‘Te Doleur’ on YouTube if you can.

“Electricity Is Your Friend” – Disinvectant – Corridors And Pathways
This is one of Roger’s choices. The LP is bloody weird but one of the more cerebral choices; sometimes music’s not easy but requires effort to unravel it… never a bad thing.

Ernst Reijseger – ‘Kyrie’
Taken from the album, Requiem For A Dying Planet – the soundtrack / score to two of director Werner Herzog’s recent films. It’s not easy listening but it is imaginative, dark, horrific, lovely and exceptionally evocative as the best music can be.

Hot Club de Paris – ‘Shipwreck’
Go Hot Club! And they got me incontrovertibly and heroically drunk in Reykjavik at Iceland Airwaves, the swines. Good lads, great band and 2007 will definitely be l’annee chaud.

Matmos – ‘Roses And Teeth For Ludwig Wittgenstein’
The Matmos album, The Rose Has Teeth In The Mouth Of The Beast, is basically a series of sonic portraits of the subjects of the song titles. We also, this year, were delighted to play out a couple of other tracks including ‘Snails And Lasers For Patricia Highsmith’ (featuring actual snails creating the sound by crawling on a kinda Jean-Michel Jarre type laser-based synth) and ‘Germs Burn For Darby Crash’ – which is based round samples of people being burnt with cigarettes and the buzzing of a hair-clipping machine thingy. It’s all highly conceptual of course, and it’s also perfectly delivered - both technically and musically.

Arthur Russell – ‘Hollow Tree’
A fantastic, often impenetrable artist whose collaborations and admirers range from Allen Ginsberg to Jello Biafra. Seek his disco-rap-rant work out and scratch your bonce if you’ve not heard him before. Naughty!

“No Child Soldiers” – Mama Keita – Denilou
A powerful album indeed: a series of top notch African artists crying out to the world with consummate technique and explosions of personality. Harmonia Mundi are the label responsible for this great record, and many other similarly great ones.

Ryan Teague – ‘Seven Keys’
From his debut LP, Coins And Crosses, wherein he worked with the Cambridge Philharmonic Orchestra to create cinematic and mysterious worlds of sound and melody. Not a bad way to close the programme…


Music, as it turns out, is pretty fucking good when you come down to it: I earn my peanuts as a music journalist and broadcaster, and the amount of naysayers, cynics and downright idiots you come across is depressing. It’s probably the only industry where so many of its employees seem to hate themselves for being part of it. But that’s for another day.

I’m also not ashamed to say that music can be spiky, challenging, soothing, difficult, poppy, surprising, melodic, dangerous, compelling, repellent, political, stupid, funny, all at the same time, and sometimes in the same song – check out myspace.com/apatt for further details on that one.

So, maybe next time someone asks me what PMS is all about I’ll send ‘em on down to DiS… and like the site, trite as it sounds, the underpinning truth of the matter is that the radio show’s all done for the joy and love of discovery and sharing superb sound. Not for money (if you knew what we got ‘paid’ you’d laugh your pants into Kris Kross-land), not for kudos, not for cool points and not for anything other than the music itself, which every week surprises Roger, who’s been presenting the show for 24 years, and me, who listens to fuckloads of new releases every day for a job. It is, truthfully, a privilege to be involved from every angle you care to take. There. I’ve said it. Sue me. And sod the tripe-brained cynics, they’re already fucking dead.

PMS is broadcast every Sunday night/Monday morning live at midnight and is available on FM and DAB in the Merseyside catchment area at 95.8FM.

Luckily we’re living in a komputta age too, and you can hear the show online at www.bbc.co.uk/Liverpool by launching the ‘listen live/listen again’ player – the programmes are also archived there for the week following the show so you can listen whenever you like, wahey!

The show’s website is www.pmsradio.co.uk and we love your e-mails to roger.hill@bbc.co.uk - look forward to hearing you disagree with everything above!