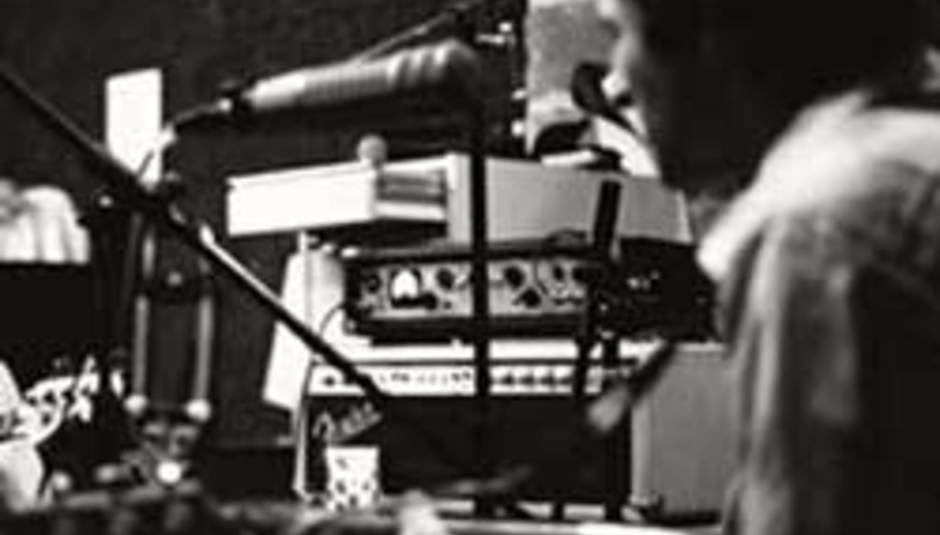 What are you doing this Saturday afternoon? You could sit in a park and watch old men with hangovers try to play football or cricket. You could sit in your sweaty pit sipping cider and listening to this week's limited-edition 7" singles. OR... you could come discover some fantastic new music at our free matinee gig in Notting Hill and hang out with other DiSsers. The decision, is yours...

Here're all the details...

GUILLEMOTS
guillemots.com
They could be the band about to take over the world, at least a world where the conga-line is chasing the Arcade Fire and if a single of the week from Zane Lowe and supports in coming months with Tom Vek and Rufus Wainwright are anything to go by, this band are about to get massive.

"Who are they? A band about which quite a buzz is building. Led by Fyfe Dangerfield (whose towering height gave them their name), Guillemots’ other members rise to the strange-moniker challenge: Rican Caol (percussion), Lord Magrao (guitar), and Aristazabal Hawkes (double bass). The band’s debut EP, I Saw Such Things in my Sleep (released September 5th on Fantastic Plastic), is extraordinary. Touching base with Radiohead, the Blue Nile, My Computer and Aqualung, its four songs aren’t afraid to spread themselves. The fraught poetry of their lyrics and the spectral beauty of their sounds add up to some of the most haunting and joyful music I have heard this year, epitomised by the lead track, Who Left the Lights Off, Baby?. As the bidding war commences, here is your chance to get in there early." - Dan Cairns, Sunday Times

CARMICHAEL
myspace.com/carmichael
They’re named after a Neil Young song and sound like those beautiful moments when the Shins slow down and soar through the set of Garden State. And at other times tearful and croaking like Bright Eyes in his prism of loneliness.

DAVE HOUSE
iknowdavehouse.co.uk
myspace.com/davehouse
Last spotted playing the Drowned in Sound stage at Thurrock Music Festival, Dave is a 25-year-old from Surrey sounding something like a 4-track in a bedroom mangle of Weakerthans, Postal Service, Damien Rice and Death Cab For Cutie. Dave also plays in pop-punkers Lucky Thirteen. And his surname really is House.

THE HUNGRY I
thehungryi.co.uk
myspace.com/thehungryi
Warp have a lot to answer for, as does that Four Tet fella and Mogwai, Radiohead, and DJ Shadow. This is truly dark and beautiful stuff.

Plus DJS from Drowned in Sound plus special guests: Deputy Pickles & Maris Piper.

DiScuss: See you there? What do you think of these new bands?