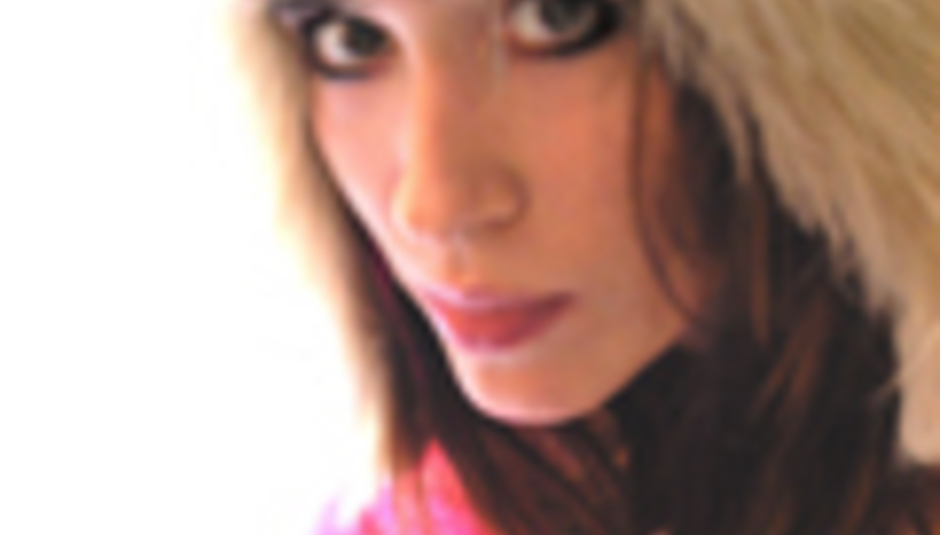 by Julian Ridgway August 18th, 2005
"I feel like this: 'YIIIIIHAAAAAAAAAAAAAAA!'... phew... think I need to sit down."
Only sitting down doesn't really seem to be Imogen Heap's thing at the minute. Not content with recording and producing her second solo album Speak For Yourself unassisted, she left her previous label and set up her own one to put it out. Her idea of a relaxing break in the middle of all this was cycling 400km down the length of the Thames for a week. For her, life seems to be a giant exclamation mark.

Her resolutely one-woman approach may have led her to mild schizophrenia - "I ended up arguing with myself, which is when you need a third you to break up the fight..." - but her sugar rush momentum is still seemingly undiminished, now inspiring a somewhat labour intensive approach to record promotion. "I revel in the words every time when somebody asks me, 'When's your album out?' and I can answer 'It's OUT NOW, you can go buy it in shops... so... quick... left right left right.'"

Thank goodness for The OC then. If they hadn't decided to use the single 'Hide & Seek' in the last episode of season two, catapulting it up the download charts in America as soon as it came out, she may have expired somewhere outside HMV while politely attempting to frogmarch every member of the record buying public in to the shop. She is pragmatic, though, about the benefits that a little wider scale promotion can bring. "It does help to have something else other than a great song to get stuff on the radio. Sometimes this is money, sometimes Fame Academy, sometimes 1 million sales of your last record and sometimes The OC!"

Not that such occasional cynicism undermines her zealous interest in the personal touch. "It's all about word of mouth when you don't have a zillion squid of the big boys' money to throw about", she explains, a fact that comes across in her dealings with the fans on her website’s message board. First prize in a recent competition on there was to go round to her house for dinner. She even posted the recipe on the site. You wouldn't find Johnny Borrell doing that, would you?

But despite the gargantuan work ethic and niceness offensive, hers does not seem like a plan to take over the world with a quirkysomething lifestyle album for people who are too cool to like Jem. Not only is she lacking that necessary zillion quid, the thought genuinely appears not to have crossed her mind. "I really had no idea where I was going before I started it... I really just did what I wanted and there was no big plan of action."

This kind of comment often precedes two years media carpet bombing and having your music played on adverts but Imogen Heap is just very, very into making music. Somewhat obsessive in fact. "I did draw up a grid on the whiteboard in my studio of keys and tempos that songs were in so any new songs I was to write were not allowed to be in any of the same areas... I get a kick out of that for some sad reason!"

Perhaps we usually take hidden careerist agendas so much for granted in musicians that being so focused on the music itself seems like it must at best be disingenuous and at worst actually a bit weird. Particularly when the music in question is accessible pop electronica, not difficult shards of squealy feedback. There is an infectiously wide-eyed wonder, though, in the way she describes how the sound of the album came together: "I love blips and bleeps but love lush orchestral arrangements too, so I guess they just found a way of all getting in there together without me really having to think about it."

This benign and trusting fatalism even extends to the reaction the album has received so far. "The response has been a very amusingly, totally seesaw reaction. Love it or HATE it. The real Marmite effect. I'd rather that than indifference any day! From 'I had to pull the car over to listen to it it's so beautiful' to 'I hate it, it sounds like Dido v Darth Vader!' (I love that quote)."

She is comparatively muted on the subject of touring. "I do hope to tour this album. I don't feel like I ever did any of my albums enough live and hope to change that." For someone who gets so excited about making records that she dreams about virtual faders and mikes up her bike wheel clicking to use as a hi-hat sound, it isn't such a surprise. All the waiting around that goes with it would probably drive her insane – or perhaps everyone else if decided she had to record the sound of the brakes on the tour bus. Unsurprisingly, nervous energy might be a problem too - "My piano [teacher] told me once before an exam, 'You know nervousness is just another form of excitement'. So I just get REALLY over-excited before a show!"

Childlike is an expression that gets used a lot about musicians. Usually it just means that you have to keep your eye on them and that they have tantrums if they don't get their own way. In Imogen Heap's case though the word can be used more benevolently. She's just excited by the world around her and happy to see what happens.