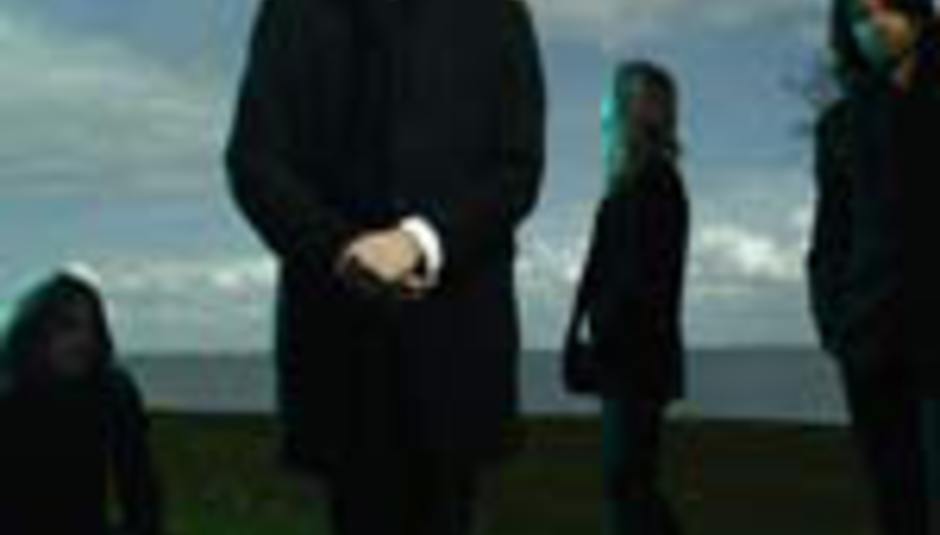 So good the Danes hate to see them leave? It seems that way for dream-pop four piece Mew, who are about to release their fourth album ‘Mew And The Glass-Handed Kites', and the second to be available to a worldwide audience. About to embark on their first UK shows since December 2003 I caught up with lead singer Jonas through email to talk about their plans, inspirations, and the impact that dancing skeletons in the Caribbean has had on their first release since March 2003's ‘Frengers’.

I begin by asking what are his expectations of the UK audiences are on their first headlining tour of these shores, and how he thinks the new songs will go down:

Jonas:"Hopefully they will be as into it as people have been in Scandinavia. I don't really think people are so different depending on where they come from; it's more a question of the person. We definitely have followers in the UK who I'm certain will support us as they have in the past and hopefully new people will get into it too…

We do prefer headlining. It's nice when you're the support band and people don't expect anything really, and then you blow their minds with something they never thought we would be or do if they don't know us, but when you're headlining people are there because of you and they already know the music which makes for a bigger impact emotionally and also makes it possible to connect more with the audience…

(We are in the) very early stages of playing new songs, so we're really excited to be on tour again!"

The new songs, both live and recorded, have been getting mixed reactions, with some fans of their earlier material being alienated by their heavier direction. I ask how he feels the new album sits with their older releases, and whether their new sound is a natural progression or something forced on them by record labels and the producer of the new album, Michael Beerhorn:

Jonas:"When we first started out we were definitely more jangly sounding in our choice of guitars and amps, last few years we've wished to add more body and blood into it. That's were producers do play a big part and Michael Beinhorn has definitely been a good influence on the album. We've never experienced any pressure as such from the label (except maybe from taking too long in the studio and such), they let us do our own thing, which is the only way it could ever work…

We all feel this is the most 'Mew-like' album we've done so far. I think we have progressed in the direction of making our songs even more twisted and unexpected while retaining a pop sentiment, melodies that either carry you or haunt you. It has always been our ambition to do both: to make music that gets right into people's nervous systems while still having enough subtext and details to keep the listener inspired long after the first listen

I think we have achieved this even more on the new album than Frengers. It's a much more complex album.

The first single from this more complex album, Apocalypso, continues in Mew’s tradition of almost random titles (see also ‘156’ ‘Nothing is Red’ and indeed the title of the new album). Whereas he has chosen to keep an air of mystery around the titles of other songs Jonas is keen to explain the meaning behind the new single.

Jonas:“Silas, our drummer, had been talking to me about the West Indies and the image of skeletons dancing, and he had been inspired to add more of a Caribbean flavour to this song we were working on. We tried it out and the song actually found a darker feeling though the rhythm became more life-affirming. So that's why we called it Apocalypso, like calypso music celebrating the end of the world.”

So now we know the inspiration behind their first single from

Jonas:It's probably more than we think, but I feel a lot more inspired by books, art and films these days. In fact it's been a while since I bought any new music. I am probably damaged in my listening capabilities in that I always really LISTEN and direct all my focus and attention on the music. Therefore the music really has to offer something to me, or I lose interest. The biggest influence is what you experience in your life, that's what gives you the drive and gives you something to say and express.

I leave the interview at this. While his words may get lost in translation Jonas obviously has a clear view on what he wants to achieve and a great belief that the bands latest opus will stun audiences in the same way that material from ‘Frengers’ did on tours with Martin Grech, tCTC and OkGo. And judging on the two tracks available to download on their website www.Mewsite.com its hard to see how they can fail