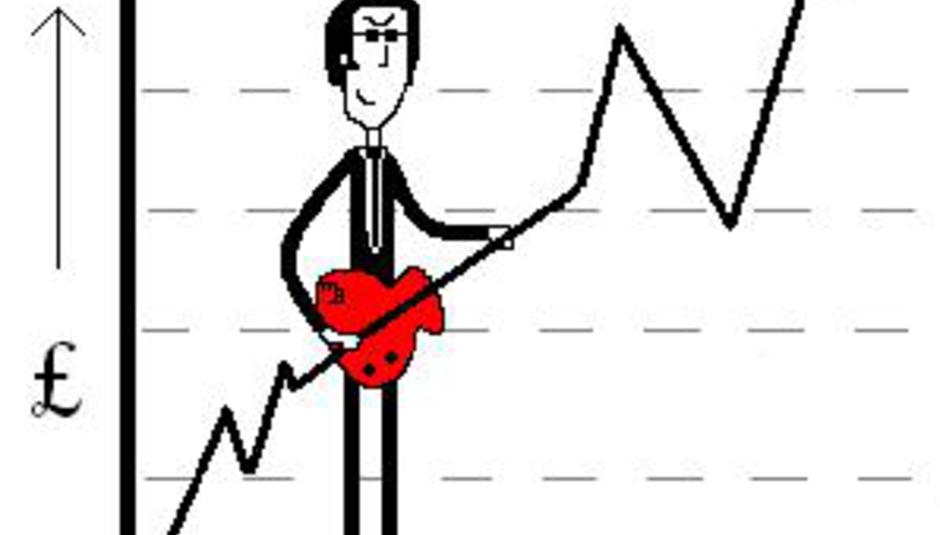 by Matthew Butler June 9th, 2005
Given that medical science has proved that Linkin Park’s music induces vomiting, (even from their own singer), it seems a little rich of the band to strike over Warner Music’s recent financial overhauls. Rich is the important word however, because as the millionaire (c)rap-metallers fight against their label’s share prices, one thing has become clear: forget rock n’ roll, or even grot n’ roll – it’s all about stocks n’ roll these days.

Roots Manuva’s last single drawled the line “Respect for my money means I feed my tummy”, and while hip-hop has been ahead of the game for years with its bling-bling and ching-ching obsessions, rock is now getting in on the act too. However, as pop repeats itself approximately every seven minutes there is already a long history of bands who saw it all coming with

Even today, if in a parallel universe would you really be too surprised to see Coldplay running a joint accountancy firm together, perhaps called ‘Martin and Co.’? Exactly. New bands such as The Young Knives are even modelling suits onstage for that fabulous ‘came straight from the office’ look. The ultimate proof that suits are the new leathers comes with the fact the nation’s favourite ‘song’ at the moment comes from a marketing man’s twisted wet dream of a computer generated amphibian with psychiatric problems.

Perhaps the ultimate rock n’ roll icon of the 90s, Bill Hicks, once memorably remarked: “If you work in marketing…kill yourself.” However, when record labels can get children eating out of your hand easier than a slumber-party holding pop prince, there is no stopping them. Even Pete Doherty seems to have sussed out now that the great rock pension relies on saving and however much he likes brown, it’s probably worth keeping a little green around as well. Surely a duet with that Howard bloke out of the Halifax adverts is merely a matter of weeks away. Altogether now for this year’s “BASTAARD!” at the festivals this year: Who gives you extra?! We, we...well maybe not.