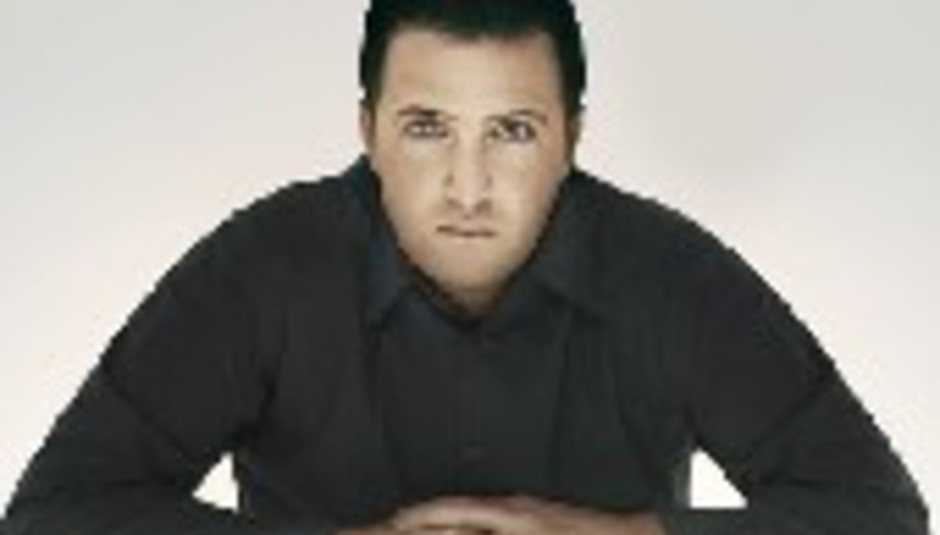 "The superstar DJ is not dead - it's just crystallized..."

"The superstar DJ is not dead - it's just crystallized..."

For anyone with any interest in the dance scene since the earliest days of underground raves up to the trance-induced fall out of the new millennium, the name of Alex Gold should need no introduction.

From playing Grace Jones' birthday party at the age of 15, and as one of the first British DJs to take up all night residencies in Ibiza's Ku Club to more recent sell out tours of the USA, Gold very much embodies the workaholic ethos of what it takes to reach superstar DJ status. Aside from that, he's also a globally renowned producer in his own right, having worked with the likes of Prince, Chuck D and Bryan Adams, and is also the founder of Xtravaganza Records, largely credited with being the label that started the trance boom and spawning hits such as Chicane's 'Offshore' and Black Connection's 'Give Me Rhythm'.

"I was in Phuquet in Thailand with a group of friends when we decided to go paragliding. I fell and my broke my back, which I accept was my own stupid doing, but it set everything back three years. I'd just started work on my first album (more of which later) and everything seemed to fall apart from there on in. I couldn't do Ibiza that summer, single sales were falling and at one point I didn't know what was gonna happen next with the label. It was at that point when I started to think about what my next move was gonna be.."

The fruits of Alex Gold's near tragic misadventure can be heard on 'Back From A Break', an album that rivals Mylo's 'Destroy Rock And Roll' for it's sheer audacity in bending the rules and re-laying the boundaries as far as the tired old genre of dance music is cooncerned. From the dark torso of 'Who Decides?' to the Xtrmntr-on-better-MDMA electroglide of 'Flying' and Massive Attack-after-a-dubdown-and-freshen-up bliss out of 'Energy Bomb', 'Back From A Break' is a breath of fresh air in a scene that many in the UK at least deemed dead and buried.

"In the UK everything seems so marginalised. It's like if the media tells you dance music is on it's last legs then the cynical side of us Brits comes out and goes along with it. Internationally though, there is so much positivity at the moment around dance music, particularly in the States, where you have regional radio networks which engineer a huge consolidation for breakthrough artists over there. I think Mylo has been the exception to the rule over here. He's gradually built everything up until more and more people - industry people - listened and now his album is on course to break the million sales mark. Anyone who can achieve that with no real marketing budget behind them from the outset deserves the utmost respect in my book."

Certainly Alex is quite philosophical over what he believes 'Back From A Break' will achieve.

"I think, to start with, making the album was more of a promise to myself that I could go back to doing music as soon as I was ready. A lot of the lyrics on the record are pretty personal - "a day in the life of..." type stuff - so I guess its not what people would expect, by and large, from someone who's been marketed all their career as a 'dance' artist. I've done little to no promotion for it, as I would rather it build up organically in it's own right than be shoved down people's throats."

Up to now though, the press seem to have taken 'Back From A Break' to it's heart, and it's received glowing reviews and references in the Times and the Observer.

Among its eleven tracks is the pulsating 'LA Today', which features the vocal talents of Phil Oakey of The Human League. Initially set for a fully fledged release prior to Alex's accident, 'LA Today' is a brooding synth-pop number that seemingly pre-dates the likes of Fischerspooner by several months, meaning that it was quite possibly the first Euro-friendly electroclash record. Alex takes up the story of how 'LA Today' came about.

"I was actually coming out of the Four Seasons Hotel in Beverley Hills and these words came into my head which I kept repeating over and over again. I immediately contacted Phil - I've been a fan of The Human League right from their early days when they were a vibrant part of Sheffield's electronic scene - and he agreed to do the vocal. It was actually due to come out in the first part of 2002, and was mixed and ready to go, but then the accident meant everything had to be put on hold. It is coming out again though, to coincide with the release of the album."

When it comes to guest vocalists, Alex Gold seems to have a knack of being able to get the right people involved at the right time. His most recent incumbent is Annie Lennox.

"I completely revised her 'Into The West' tune for the soundtrack of 'The Lord Of The Rings - The Return Of The King'. The vocal has been transposed. I don't know if she's actually heard it yet, to be honest, although I'm sure she's seen the film."

Indeed, hearing Alex Gold talk about music in general is like following a schoolboy who's been let loose round the tuck shop for half an hour.

"I'm just a huge fan of almost every style of music. My sister got me into Xmal Deutschland when I was a kid, and then I moved onto The Stone Roses, Deep Dish, Primal Scream and Paul Van Dyk. I was an acid house kid in the late 80s and got caught up in the indie dance revolution. I've still got a lot of friends in bands - in fact I was over at the Water Rats only last week. I don't think you can beat the physical energy of playing live."

DiS:So will you be taking 'Back From A Break' out on the road? "Well, first and foremost, I suppose I am a producer, but I aim to have a showcase rather than just a straightforward set by next year. I'm getting the band together as we speak and I guess now all I have to do is make sure all my guest vocalists are available. We could have got on the dance stages at Reading and Leeds this year, but I'm a perfectionist, and I'd rather get the whole live set-up spot on before taking it to the masses than have to rely on DATs for if things go wrong."

So what of the future, both for Alex Gold and the whole concept of the superstar DJ in general? "There's nothing better than a heated moment in a club. In the USA the club scene is at it's most vibrant. You can play an event over there and there'll be 10,000 kids with glowsticks lapping up every tune. The superstar DJ is not dead - it's just crystallized. There's still 5 or 10 that justifiably warrant that title, people like Van Dyk, Sasha, John Digweed, and let's not forget that all of these people's sets mainly consist of their own music these days, rather than mixes of somebody else's. I think people assume that because everything became so commercial that it meant it had gotten bland, but let's face it, commercial success means people actually like it, and you can't ask for anything more than that."