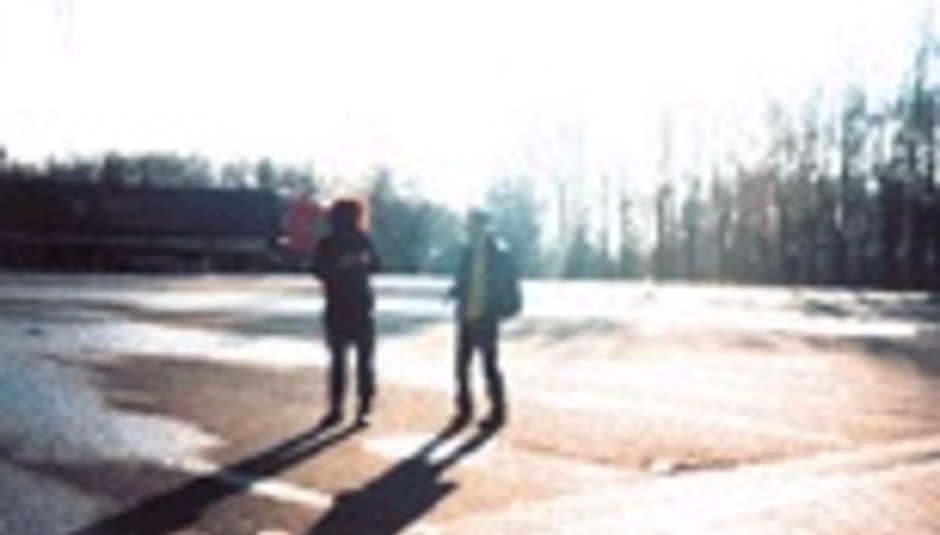 "We refused the invitation to that party quite a few years ago..."

"We refused the invitation to that party quite a few years ago..."

by Jordan Dowling May 23rd, 2005
Sometimes art can only be appreciated when it is twisted and convulsed until it is completely foreign. From Merzbow's sonic experimentation to the frantic cut-up writings of William Burroughs and Picasso's jagged portrayals of the human form, it seems the further away things get from what we are brought up to being told is "art", the more we can admire it. Anyways, enough philosophy. 'Horses In The Sky' is the fifth release from ASMZ, (an abbreviation of their full name; Thee Silver Mount Zion Memorial Choir and Tra-La-La Band) and, like previous releases it reaches into the outer regions of language and sound and creates something as unique as it is beautiful.

The release of 2004's 'Pretty Lightning Paw EP' disappointed some fans, with many seeing it as little more than a stop-gap release and primarily a solo record. However, 'Horses in The Sky' returns to the 'full band' sound of their second album 'Born Into Trouble As The Sparks Fly Upwards'.

When asked on whether the release has consciously been more of a 'sum of all parts' Efrim (founding godspeed you black emperor! guitarist who, together with other godspeed members Sophie and Thierry make ASMZ) writes, in the same fractured language that's litters the artwork of the release: "we stand in a circle and throw our clumsy bits and pieces and knotted strands onto the floor.and try to fit these anxious shards and jagged fragments into each other".

Although reluctant to state direct influences, Efrim mentions Husker Dú and Roscoe Holcomb in the course of the interview, along with Nina Simone, who features in the artwork to the album and even in the lyrics of the first track of the album; 'God Bless Our Dead Marines'

This fifth release also saw a fifth line up change, the adoption of seventh member Scott, a polyinstrumentalist involved with the band Black Ox Orkestra, who ASMZ bassist Thierry and violinist Sophie are also part of. On the line-up Efrim says there are no planned changes, but with the ongoing evolution of the band this remains to be seen.

The current obsession in the british media with the 'new' wave of bands coming out of Canada seems to have passed ASMZ. While tired "post-rock" bands wax lyrical about the influence of Godspeed You! Black Emperor, a band in which core ASMZ members Efrim, Sophie and Thierry were/are part of, very little column space has been given to the band in comparison while fellow Canadians The Dears, The Arcade Fire and DFA1979. Not that this bothers the band. When asked of the 'scene' and the celebration of it Efrim remarks: "We refused the invitation to that party quite a few years ago, and don't expect to be invited again any time soon."

Which brings us to the plan regarding promoting the album. The band don't plan to tour the UK again until early 2006 and Efrim is adamant the band will not release a single from the album, and never will release one unless they create "