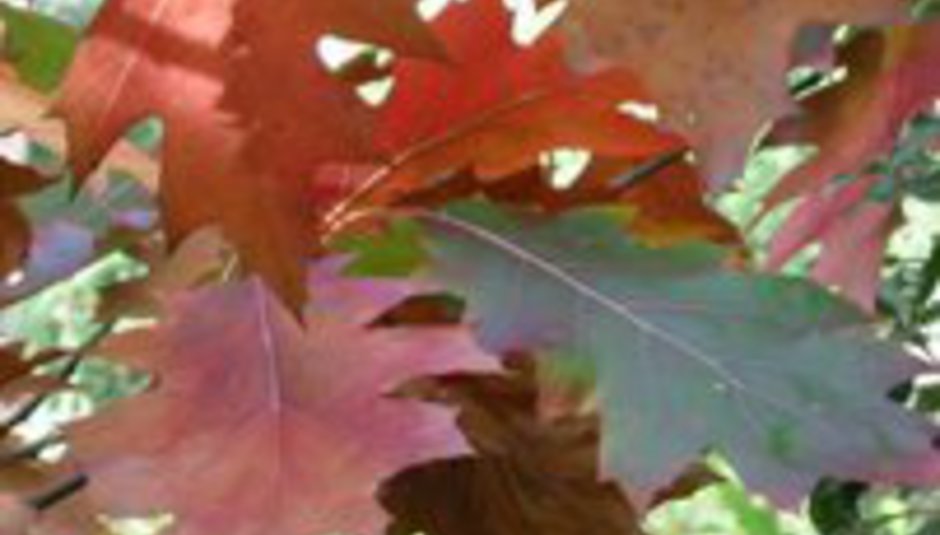 Autumn is, traditionally, something of a busy time for the industry: record labels race to release albums that, if delayed and distributed to stores in November or December, would almost certainly be consumed by the flood of best-of compilations and cash-in festive compact-discs filling shelves in the run-up to Christmas. Evidence of this is sat right in front of each office-based DiSser: mountains of records, far too many to ever get through completely, are piled here, there, everywhere.

However, some releases are too brilliant to overlook, too inspirational to merely send off to a reviewer without first documenting their excellence in preview form. Consider this that piece, a summary of the records that the DiS office is getting all excited over, messily so. Consider this a companion piece, of sorts, to the list The Observer ran the other week (news piece here); if you like, you can view it as an alternative take on the season’s finest forthcomings, as you’re unlikely to find any mention of Scissor Sisters or The Killers in this list (although we are excited about the new Beck album, oh yes).

So, read, enjoy, and whet your appetites… and DiScuss, obviously… Isis
In The Absence Of Truth
Ipecac
Although the answer to the ‘is it better than Panopticon? question still evades us – we’ve simply not given In The Absence Of Truth enough listens to reach a definitive conclusion – Isis’ (Or should it be ‘ISIS’? Do you care?) latest long-player, their fourth studio album in all, is certainly a promising divergence from the path they’ve followed since Celestial. Gone, almost entirely, are Aaron Turner’s bellows – although the frontman does occasionally roar with all the force of The Beast itself, his newfound fondness for discernable lyrics is at first unsettling, but soon seems natural enough. In The Absence Of Truth (Isis’ longest album to date, incidentally, at 64 minutes) comprises an exciting, if initially difficult to digest, new approach to business from one of music’s most consistently devastating bands. Whether old-school fans – those whose hearts still burn to the sound of Celestial – will lap it up remains to be seen, though. MD
In The Absence Of Truth is due for release on October 31 (US; UK release date unknown, although the band’s In The Fishtank split release with Aereogramme is due out on September 25). Subtle
For Hero: For Fool
Lex
For Hero: For Fool is the second album from Oakland-based outfit Subtle, a.k.a. Adam ‘dose one’ Ducker, Dax Pierson, Jeffrey ‘Jel’ Logan, Jordan Dalrymple, Alexander Kort, and Marty Kalani Dowers. The follow-up to 2004’s A New White, For Hero: For Fool continues the group’s accomplished progression into fantastically vibrant hip-hop territories; no previously unexplored stone is left uncovered, no potentially-foolish arrangement ideas have been laughed away outright. The result is an intoxicating eleven-tracker that has these ears, at least, desperate for a repeat play just as soon as the final note of album-closer ‘the ends’ has faded to silence. On a delay-riddled journey home the other week, this record went around three times and not once did the urge to swap CDs arise: a sure sign of quality and no mistake, that. For Hero: For Fool is an on-paper hip-hop record that’s uncomfortable within the genre; like why?’s Elephant Eyelash of last year, it’s likely to be heralded as a classic by those appreciative of its boundary-blurring inventiveness. MD
For Hero: For Fool is due for release on October 2 (UK). Jóhann Jóhannsson
IBM 1401, A User’s Manual
4AD
Icelandic composer Jóhann Jóhannsson’s first album for 4AD (his third in all) is a work of exquisite grace and emotion-stirring arrangements, a classical record that should transcend the genre – one so often overlooked by sites such as this – to touch the hearts of indie kids everywhere. Comparisons to Sigur Rós’ ethereal work will certainly aid Jóhannsson’s cause, but with IBM 1401… he’s crafted forty-two minutes of instrumental immersion that battle against such obvious references, those dripping with cliché and predictability. A conceptual piece, thematically rooted to the demise of the titular computer, IBM 1401… mixes the output of a sixty-piece orchestra with a series of samples, seemingly describing how to maintain your misfiring data processing system. Taking compositional cores from his father, who originally wrote some of this music for performance by a string quartet, Jóhannsson’s fully-fleshed IBM 1401… is a mesmerising record, one that’s sure to have even the most hardened of hardcore rockers swooning at its peerless majesty. MD
IBM 1401, A User’s Manual is due for release on October 16 (UK). Desert Hearts
Hotsy Totsy Nagasaki
Gargleblast/No Dancing
The second album from Irish trio Desert Hearts has been a long time coming: their debut, the much-acclaimed Let’s Get Worse, was released through Rough Trade back in 2002, inspiring the likes of Mojo and Uncut to go all gooey with admiration for the band’s brilliant indie-rock. Hotsy Totsy Nagasaki picks up where that record left off: the arrangements are immediate, yet many-layered and absolutely worthy of repeated investigations; the (often lyrically dark) vocals lean towards all things sugary and sweet, delivery-wise, one minute only to erupt, alongside some particularly aggressive guitar work (bass and lead), the next. Delightful melodies are forever tainted by tumultuous riffing and, despite the band’s obvious pop sensibilities, Hotsy Totsy Nagasaki is most remarkable for its surprisingly massive doses of ear-splitting noise. Songs build and build and build and collapse, brilliantly and violently; it hardly comes as a surprise to learn that the three-piece have blown away the likes of Bloc Party and The White Stripes, from a supporting role, in recent years. Recommended? You bet your arse it is. MD
Hotsy Totsy Nagasaki is due for release on October 30 (UK). Jeremy Warmsley
The Art Of Fiction
Transgressive
The fabulous thing about Jeremy Warmsley is that for every track on this album, he's written another two just as good. Compiling re-recorded versions of his previous singles and EP tracks, as well as a host of new material, The Art Of Fiction is a mature, cohesive album of intelligently-composed songs that tug at the heart strings as much as they push you into dancing. CR
The Art OF Fiction is due for release on October 9 (UK). Xiu Xiu
The Air Force
Tomlab
Xiu Xiu's fifth studio effort gets a UK release later this year, bringing with it the kind of nightmarish pop that each previous release had promised but never quite delivered. The breathy vocals of Jamie Stewart penetrate the spaciously programmed, yet immensely claustrophobic, atmosphere of these eleven numbers. The Air Force is very special indeed. CR
The Air Force is out now (US; UK release date TBC). The Blood Brothers
Young Machetes
V2
Seattle punks gone crazy The Blood Brothers’ fifth studio record is ridiculously anticipated at the DiSopolis; we only received word that the record will arrive in UK stores in November this very afternoon, and we’ve included Young Machetes in this list without even hearing it. If it’s anything like as brilliantly detached from perceived punk-rock normality as its preceding pair of albums, Burn, Piano Island, Burn and Crimes, then we’ll be very happy indeed, thankyouverymuch. Expect high-pitched vocals that bark and yap at your ears like fiery hellhounds and disjointed melodies that grow to grotesque proportions only to pop under the pressure of some truly scrumptious riffs. Yep, we’re excited. MD
Young Machetes is due for release on November 20 (UK; October 10 in US); a single, ’Set Fire To The Face On Fire’, will be released in January 2007. Deftones
Saturday Night Wrist
Maverick
Deftones’ forthcoming studio album – their fifth following their eponymous effort of 2003 – sees the Californian five-piece committing a selection of truly brutal riffs to tape but also retaining the ambient melodies that peppered both their previous long-player and its predecessor of 2000, White Pony. At times compositionally reminiscent of the comparatively simplistic, straight-for-the-throat approach of the band’s pre-millennial output, Saturday Night Wrist skilfully merges Deftones mindsets past, present and future to splendid effect. That it’s been on this writer’s stereo every day since it arrived in the post should serve as testament enough regarding its longevity, too. This is the sound of a revitalised band, and marks the beginning of their third wave: there was pre-White Pony and post-White Pony Deftones, but now an entirely new set of rules have been laid on the table. MD
Saturday Night Wrist is due for release on October 30 (UK; October 31 in US); a single, ‘Hole In The Earth’, is scheduled to precede the album. Optimist Club
Ripped & Psyched: How To Be A Winner
Dumb Beasts
For a good year now, those who've been witness to the obliterative live show of London's Optimist Club will have waited on this recording. Little has been lost in the transfer to tape as far as performance goes - only the spectacle. This is an album most intense, most energetic and yet melodic and intelligent to boot. CR
Ripped & Psyched: How To Be A Winner is due for release at the end of October (UK; precise release date TBC; and that's not actually the cover, over there).