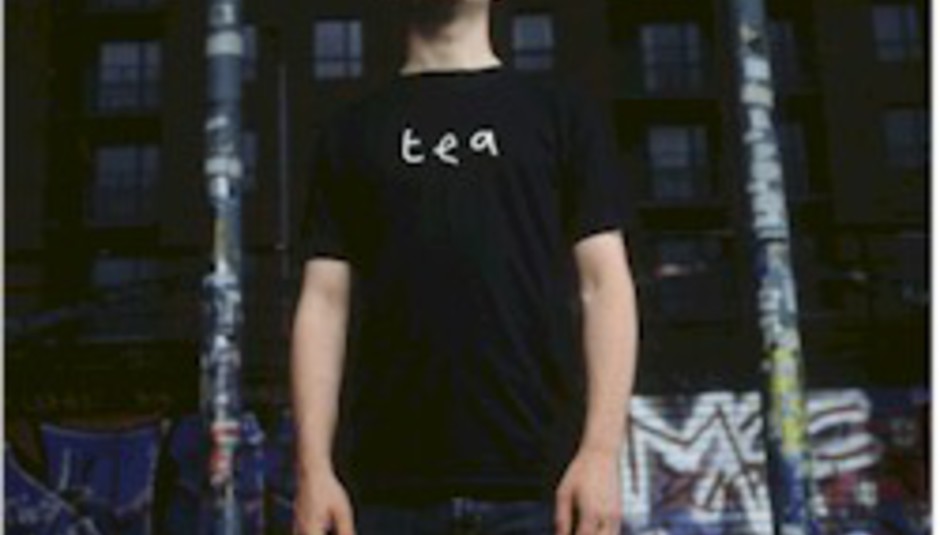 by Raziq Rauf December 26th, 2004
A young Andy Carthy started DJing in his Manchester bedroom in the mid-80s doing simple pause button editing, teaching himself how to mix and creating his own music with drum machines and keyboards. Like many other DJs then, he slowly saved up money to buy one Technics piece at a time, thus accumulating more and more hi-fi equipment to enable him to perform. By the mid-90s Carthy had enough about him to perform guest slots at gigs in places steeped in lavish history such as Dry Bar, Atlas Bar and Manumission – while it was still in Manchester – turning out reggae sets and incorporating a gamut of other abstract influences. After five years of performing regular guest spots and gathering a fearsome tribe of followers in the process, Mr. Scruff was ready for his own night. Keep It Unreal was born.

Now, Mr. Scruff is a major force in the dance world. Of that there is no doubt. Drop his name in the right circles and you will receive those knowing nods, from the right kind of people, acknowledging your knowing taste in music. The Keep It Unreal nights are monthly rites of passage for many: waiting in the lengthy queue taking in the warm summer nights with the same gusto as the bitter wintry nights. The wait is always worth it and everybody in that two-hour unforced ordeal knows it. DiS managed to grab a half hour with the man whose records are in the “Weird Shit” section of Manchester’s premier indie record shop and alternative affectionate nicknames include Mr. Not-So-Scruffy for to discuss his latest release, his legendary residency and how his work matters to him.

A couple of years ago Carthy produced a less orthodox reggae compilation on Tru Thoughts records with “a lot of reggae by a lot of non-established reggae artists or unusual tracks by people who are doing straight-up reggae, like a ska-dub disco track or a Bob Marley funk track.” Earlier this year Mr. Scruff released Keep It Solid Steel, which is a gently chilled out flowing assemblage of jazz, hip-hop, reggae and soul records that he plays in the first hour or so of his monthly Keep It Unreal nights in Manchester and Brighton.

There will be more vigorous mixes to come, portraying the mood as the night progresses, as Mr. Scruff explains: “The idea was just to sum up what I do at my club night, which is to play all the records that I like in the right order. The tempo and the mood are energetic enough to dance to but it’s also slow enough to listen to if you’ve just come into a venue. It’s just creating an atmosphere which you need to play quite a steady, warm bubbling sound that you can tap your feet to and will gradually pull you in and get people dancing.”

However, the record is not merely a spin-off from the Mr. Scruff franchise. Not by a long shot. Carthy cares deeply about making his nights as near a religious experience as possible and succeeds often and, as is often coupled with this mindset, he likes to educate the masses in order to increase the enjoyment further: “It’s about doing a lot more research into records. It is about showing what I play but also giving some information about the artist and how that track influenced me. If you can give it a story, it humanises it a bit and people feel more in common with it.”

While the faithful masses appreciate the delectable choices made on the hallowed turntables in the Music Box there is a certain hunger held within the man seated before me. You see it far too infrequently in musicians. There is a desire to be understood at the same time as needing to understand and you just know that sitting back on his haunches is just not an option. “I’m constantly trying to develop as a DJ and play more jazz and other stuff that’s not considered orthodox club music. To me it’s just dance music but to someone who’s come to my night for the first time, it’s weird music. I’m into presenting that in a way so that in six months time people feel comfortable with it because it’s played in the right order with a great crowd, through a great sound system.”

A recurring point throughout this conversation has been the punters. As well as Carthy’s own personal drive for improvement the hardcore fans know the six-hour setlists and, frighteningly, do pick up on whether the Mr. Scruff set is not different enough from the previous month or the previous night in a different city. “The crowd changes slightly every month but there are a lot of regulars and some people will pull me up if I play the same selection two months in a row or say if I play the same stuff one night in Liverpool and the next in Manchester there will be fifty people at both nights so it keeps me on my toes. You need to flick it so that people don’t get too comfortable in a groove and it’s not what people are expecting.”

This pressure, however, seems necessary when explained to you like this, if not welcomed, and his assuredness is clear to see when broaching the topic of the possibility of complacence with further success: “It’s about having something that keeps me as enthusiastic as possible so that I don’t get lazy like a lot of people in my position can do because they keep getting told they’re good at what they do or get offered a lot of money to do easy gigs or are in the position where they don’t have to buy new records because they get sent them and all that. It’s about keeping that edge.”

One of the things that will surprise the newcomer at the Music Box, once they get over the sight of a teashop in a club, is that the entire six hours is Mr. Scruff and only Mr. Scruff. “At Planet K there were guests occasionally but I got so into playing all night that I just sacked it off and started doing the whole night myself.” The nights in Manchester and Brighton also serve as a showcase for new material and new ideas that can be taken on tour: “It’s all about having a constant reference point to try stuff off. Having the constant sound system, a fairly constant crowd, and a constant venue I can gauge how I’m doing and keep on pushing myself forward.”

Having been resident at the Music Box for over four years now and packing it out every month without fail, the Scruff team have had a bigger say in how the club is run: “The last year or so we’ve got better sound in and we’ve got air-conditioning, the Tea shop was quite ramshackle to start off with but it improves every month. We liase with the club to improve everything and now on tour we walk into a club and think about possible bottlenecks and where there is power for the teashop. We’ve got eight people on tour and it’s a very smoothly oiled machine.” Regulars will have noticed the disappearance of the infamous Brown Sweat that used to drip from the ceiling. No, there weren’t any cracked pipes. Pay homage to industrial cleaning.

This Autumn has seen a rigorous touring schedule which has taken the joys of Mr. Scruff across the world but this hectic schedule is far from chaotic. “This year I’ve done a UK tour, a European tour and New Zealand and Australian tour. Having this one week a month where I play in Brighton on the Friday and Saturday in Manchester means that I can balance out my hectic schedule and maintain my residency without having to cancel it every other month. If I want to go to Japan for three weeks I’ll make sure it’s in the second, third and fourth weeks. If people ask me if I can do this festival I can say yes or no right there and then because I know when my regular nights are.”

Mr. Scruff plays the Manchester Apollo all on his lonesome on New Year’s Eve. Tickets are available everywhere. Tea, teabag throwing, and portraits by Mr. Scruff himself: all available inside on the night.