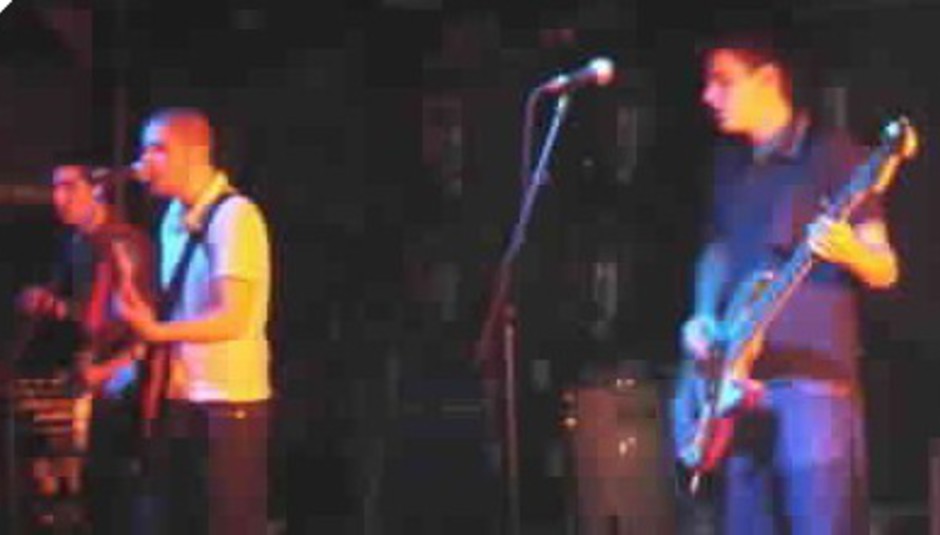 Death To The Sixties, Long Live The Dead 60s

Death To The Sixties, Long Live The Dead 60s

Liverpool four-piece The Dead 60s are probably the unsung heroes at the heart of the resurgent force aka the UK music scene 2004.

Whereas most of their peers seem to have begged, stolen and borrowed from the most obvious of sources, the Dead 60s have spent their time and energy wisely, concocting a sound that is truly recognisable as their own whilst paying homage to the notable influences of The Clash, The Specials, Lee Perry and Orange Juice along the way.

The band – Matt McManamon (guitar & vocals), Charlie Turner (bass & vocals), Ben Gordon (keyboards & guitar), and Bryan Johnson (drums) – have spent the majority of the last 12 months on the road. As well as their mammoth headline tour throughout September, they have also supported the likes of The Zutons, Morrissey, and more recently Kasabian and The Music.

Charlie Turner takes up the story of the perpetual road dwellers:-
“It’s been a really good experience. Being invited to play with Morrissey was just amazing; although the irony is that we never actually got to meet him! We passed him a couple of times on the stairs and sort of nodded towards each other, but…I guess he’s a pretty secretive man really. It was a bit of an honour though really, just being in the same place as him, because he’s a real legend.”

“It seems to be where we’ve picked up most of our fans as well,” adds Ben Gordon, “as we’ve noticed the same people coming back to see us at our own shows since then.”

“I think we’ve started to attract some pretty diehard fans now. Its like wherever we go and whoever we’ve played with since you tend to notice most of the same faces on the front two rows singing along with the songs,” admits the somewhat overwhelmed bass player. “The first headline tour was pretty daunting, because we weren’t sure if anyone would turn up!”

Having emerged from the same scene as the likes of The Coral, The Zutons and The Basement, the first impression to be gained from The Dead 60s is that they are not what you would describe as your stereotypical Merseyside band. Also signed to the same record label as the aforementioned trio (Deltasonic), Charlie Turner is quick to distinguish the band from any traditional kind of “scene”.

“I think its fair to say that we’re all friends and fans of those bands, particularly being on the same label, but as for being lumped together as some kind of scouse scene – definitely not, as none of us really sound the same or have the same influences. There’s a load of other bands on the record label who are set to explode in the near future who are doing their own thing as well. Merseyside is quite healthy at the moment as there’s quite a diverse collection of bands making really good music.”

“We’re very proud of the label for letting us be who we are,” chirps in an excited Ben Gordon.

Do you think though that coming from Liverpool can sometimes work against a band, in that there’s always going to be a certain type of stigma attached with it being the birthplace of The Beatles et al?

“Yeah there is that but that’s where we got the band’s name from,” agrees Charlie, “the Dead 60s, which is saying that Liverpool is basically obsessed with the past and there’s no escaping that. At the same time, I don’t think you could find any band coming out of the city that’s had the same wide range of influences that we have.”

“You have to respect the past as well though,” Ben concurs, “as Liverpool has been so prominent both musically and culturally in a lot of good ways that can never be ignored. It’s good for up and coming bands because there are so many small venues around the city that will put unsigned bands on and that rubs off on other young musicians who are then encouraged to form their own bands so in a way it tends to breed its own thriving inner scene.”

Having released two very different sounding singles so far – ‘You’re Not The Law’ which mashed up the Specials' ‘Ghost Town’ polemic with Mikey Dread era Clash dub philosophies and the two-and-a-half minute funk pop of ‘Riot Radio’ which finally established them as genuine contenders to Radio 4’s dance/rock throne – it’s fair to say that the Dead 60s aren’t at all interested in following any one genre. If anything their influences are a tad unique for a band so youthful.

“There’s a lot of different influences in there so we tend not to do one thing,” agrees Charlie.
“I don’t think we would be able to stick to doing one thing,” admits Ben. “We’ve just finished recording and mixing our album (due out in April 2005) and there’s straight pop songs on there, upbeat funk tunes on there, bits of ska, dub reggae sounds…we’ve really taken the album all the way across the board. I think we’re all tied together by such a wide range of influences that it would be impossible to stick to just one thing.”

“We’re quite unique in that aspect that all four of us share pretty much the same range of tastes in music,” adds Turner. “We often introduce each other to new records and stuff…” “…But at the same time its not as if we just sit round a table and listen to ska and plan our next move or anything. Early on, I think it would be fair to say that the ska thing was a big influence on our sound, but then as we’ve developed our musical tastes its helped develop the band’s sound as well,” says keyboard player Gordon, looking for all the world like the youngest sibling of the Gallagher clan.

“I guess the main reason why we don’t follow one direction is that we’ve got short attention spans really!” conclude both the bass player and keyboard maestro in unison.

Having seen both their first two singles receive a high level of positive media attention and ultimately gatecrash the Top 40, how important do the Dead 60s believe the influence of the music press to be?

“I suppose it is important and its nice to get but we don’t concentrate on getting good press we concentrate on making the best records we can,” states Charlie Turner in the affirmative, “and we’re only too aware that the music press being nice to us probably won’t last forever.”

“This last year has been about developing our sound and making sure the album sounds right,” adds Gordon. “Our aim is to actually record and release a dub version of the album towards the back end of next year.”

Although they have built up a healthy following by playing live all year, the Dead 60s experiments in the studio – listen to ‘You’re Not The Law’ b-side ‘Too Much TV’ and you’ll hear a whole new array of sounds – are mostly responsible for the edginess and general cacophony that eschews their music.

“We do like being in the studio as much as playing live,” admits Charlie. “It brings out different disciplines in what you can and can’t do. It’s about crossing the line as to how far you can actually go.”

“I think it allows you to be more creative as well,” adds Ben. “You can get away with making mistakes in a studio. Just trying different things around to see where a song might end up. It allows you more time to actually get to where you want to go.”

Evertonians to a man, The Dead 60s claim to have an array of songs for the album that will simply “blow away the competition come next spring”, and have even penned a track which they say would be an ideal comeback record for Shaun Ryder.

“It’s got a real (Happy) Mondays groove going through it so we decided not to use it but it would be perfect for him…a good Christmas single actually,” remarks the affluent bassist Turner.

Having known each other since their school days – Charlie Turner and Matt McManamon actually formed their first band together at the age of eleven – its fair to say that the Dead 60s didn’t spend their formative years honing their sound for nothing, and 2005 promises to be a very special year indeed.