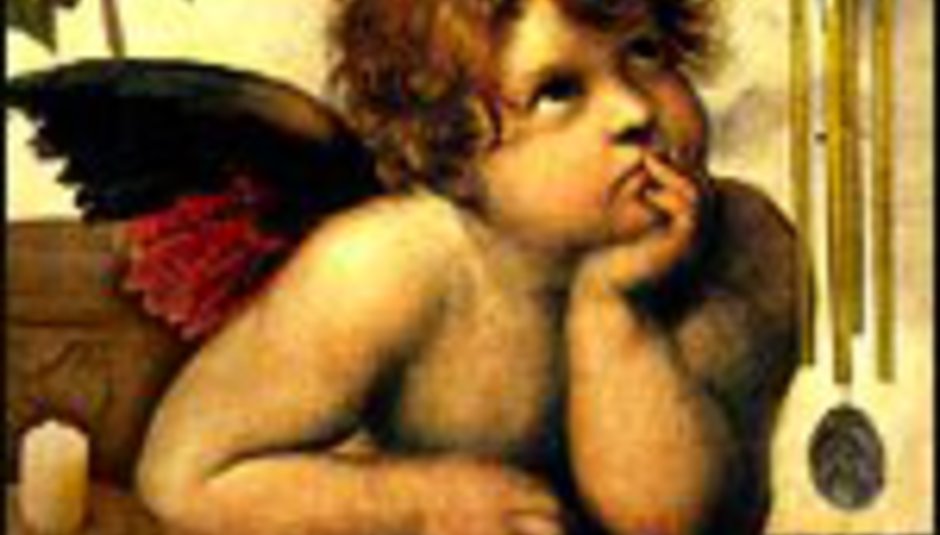 by Gareth Dobson December 3rd, 2004
Do they know it’s Christmas time? Do you? Yes, you probably do. And the only way to go out and hide from scary charity driven hits is to take to the streets and shelter inside the venues of London (sorry those outside, we don’t do this on purpose). Y’see this December, there’s CHRISTMAS and NEW YEARS EVE! And OTHER STUFF! And DiS is getting it’s mince pie-caked mittens in all the plum pies…

First up is Brave New Ideas #10, and as ever it's really really worth seeing. See the Stars! of Tomorrow! Next Week!


Cherubs
Having released their coruscating debut single 'Hey Bunny' at the end of October, the band are preparing themselves for an assault on the mainstream. three parts Norwegian to one part Kent, the band offer up crackling, cracking angular punk. But with a hefty side order of that all-important 'tuneage'. Hot tips for 2005.
http://www.cherubs-hq.com/

Kapowski
Four unashamedly poppy noisenicks from the wilds of Northamptonshire who sit somewhere between Sonic Youth, Idlewild and early Jimmy Eat World. Brutally catchy, with one of those nasty underbellys that we love so much.

Then there’s the BIG DiS Winter Warmer BBQ as nobly created, compered and nailed together by Adie Nunn. They’re always really good. Get the goss on that here

More update to follow… including the Marquee grand Xmas bash on the 20th December, DJing at Queens of Noize on 21st December, and big NYE FROG club bash on erm… New Years’ Eve.

We’re just going out to see a man about a dog. Innit.