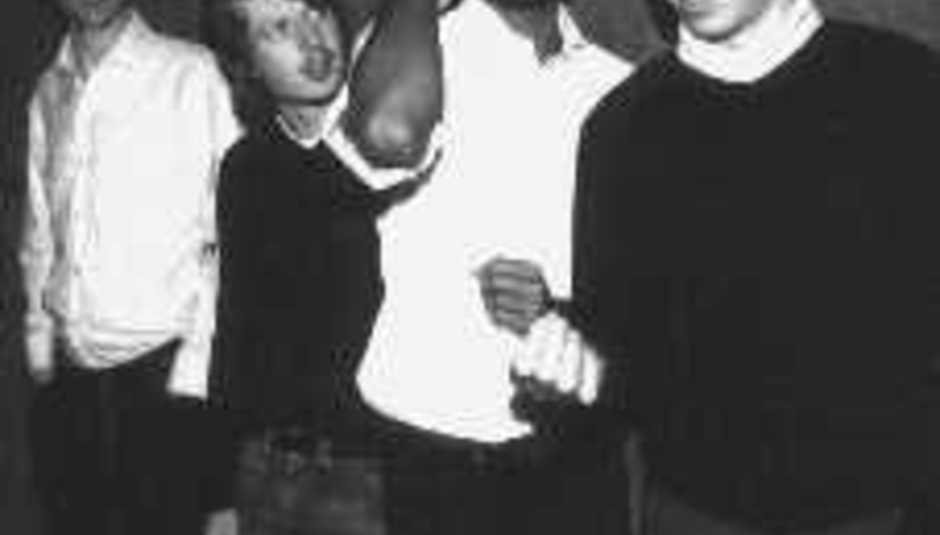 As those wintry curtains of night draw themselves over our summer days, we can relax with a pint of mild a good bit of shag for our pipe in the knowledge that we're still rockin. We think it's Brave New Ideas #9 (lost count now - running out of fingers and the abacus was sold for crack) but we know it's really really worth seeing. See the Stars! of Tomorrow! Tomorrow night! Plus! Big old fancy aftershow DFA dance bash!

...are probably the best live band in London at the moment according to Drowned In Sound... Having emerged from a 4 month spell locked in a tiny basement, they've developed their sound and songs to something rather special indeed. Expect them to reach the heights very soon.

formed little over 1 year ago and sound like The Ramones and The Kinks going mental in a dustbin. Or, to put it the You're So Old Street way; "They'll either die and vanish or mature and explode. Either way; a rare glimpse into a world of a band being a band just to be a band".

Sadly, after The Cranebuilders pulled out, we had about 36 hours to sort out another gig. We can't really reveal who they are, as they're playing another gig accross town that night, but they make an ace rock n roll racket and our spys who saw them the other week think they're the future. Check em out.

After you finish rocking to the sounds of Killing Moon, Dustins et al at 93 Feet East, we here at DiS are very happy to tell you exclusively about a DJing appearance by DFA this Thursday, 4th November.

Having released their DFA: Compilation #2 record the other week, they'll be in London to celebrate. Tim Goldsworth and James Murphy will be present, alongside assorted guests. The boys will be on the decks all. night. long.

The gig takes place at Druzzi's, a nice basement in Hoxton. To be more specific, it's underneath Nightmoves restuarant on Shoreditch High Street.

However, attend the DiS 93 gig, show your stamp on the venue door and get in cheaper.

That'll be three bands and DFA doing it for you for not more than a fiver. Show me something better that night and I'll eat your computer.

LCD Soundsystem - one half of DFA also release their fourth single, 'Movement' next monday.