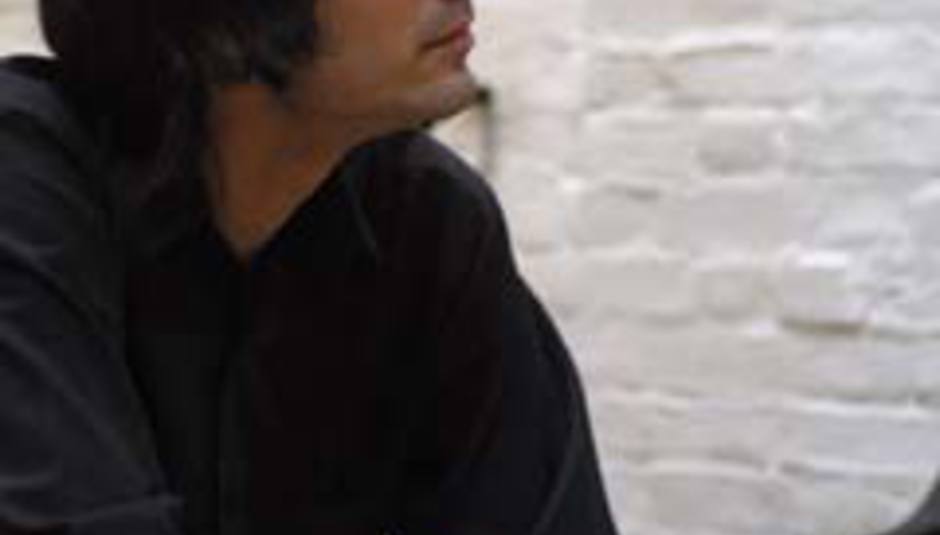 by Rosanna Alam September 2nd, 2004
If there is one band in the last decade who has managed to hold on to their integrity - Cornershop pretty much seal the deal. While others were busy trying to leap on to the Britpop wagon in the nineties, they offered a more refreshing change to the indie music scene. Much of this is owed to their Anglo - Asian roots allowing them to proudly wear their funk/rock/dance influences on their sleeves while successfully creating an original diverse sound. Even after topping the mainstream charts with Norman Cook’s remix of Brimful Of Asha, the band resisted playing it safe and took musical risks when others fell prey to becoming soul sick. It wasn’t long before the likes of Noel Gallagher, Alan Ginsberg, The Nazarites and Otis Clay, to name but a few, recognised their potential and decided to collaborate with them.

However, it hasn’t always been an easy ride in the world of the now London based Cornershop. Despite the last two groundbreaking albums, I Was Born For The Seventh Time and Handcream For A Generation – their relationship with their then label, Wiija severed. This fuelled much speculation about their future - leading them to refute rumours that they had finally sold up and closed down until further notice.

But hardcore fans are rest assured that Tjinder and Ben have not been out in the wilderness sitting idle while they have been away.
In a bid to recharge his batteries, Tjinder has been working on a film about the music industry as well as doing a remix of a Quincy Jones track.
Both Ben and Tjinder have also been putting out records by other artists on their own label, Meccico, which includes The Toes, The Barcelona Pavillion and Rachael Lipson.

More notably there is the recent release of their new single, Topknot, featuring the mellifluous vocals of Bubbley Kaur.
Having already received rave reviews, the song was written after Tjinder met up with Bubbley in London. He had known her years before in Preston and that she was a singer. With this in mind Tjinder encouraged her to write with Cornershop. The result is an upbeat Punjabi folk song that, according to Tjinder, is about a group of women standing behind a man at a wedding telling him not to look back and the consequences he’ll face if he does.

It was this very tune that intrigued Geoff Travis of Rough Trade to sign them to his label and release it as a single. “We were flattered that Geoff liked the song and thought it was very brave on his part to want to put it out,” says Ben.

Today the two of them sit relaxed after a session at a rehearsal studio in Hackney during a pleasant summer evening. The docile pair, who have a strong history together since the days when they were roommates at Preston University, remain at ease in their cosy surroundings. Occasionally they exchange glances and chuckle like mischievous schoolboys while contemplating questions.

When asked whether they feel dubious about the state of music today with their past in hindsight, Tjinder cautiously takes a mild cynical view.
“Not at all, I think the industry is fine as it is,” he mumbles, arching an eyebrow in a slightly mocking tone. “ Although I think music was somewhat better for bands in the nineties because you always had the chance to be more experimental, where as today there seems to be a certain formula they tend to stick to.
“At the moment there is a dominance of two camps which is either the white boy/girl guitar rock group or the R ‘n’ B/ false hip hop side.”

Still, this has not deterred them from continuing to rise up to the challenge. As to whether they feel any pressure in today’s climate, they are quite happy to take a laid back approach.
“We’ve always been in our own little bubble so we’ve never really worried about that,” reflects Ben.
In agreement with this, Tjinder confidently points out that they are more than pleased with their achievements. “In the past we’ve put out tracks which have had excellent reviews. Even when Lessons Learned From Rocky I to Rocky III came out, people had been saying that it was criminal that it didn’t get any higher in the charts. And with the recent single (Topknot) we didn’t even do much of a campaign - yet there have been comments that this is the best song we have ever done. It’s always good to know that we get recognised in the long run instead of just being a one off in the charts for a month. To me that is success.”

It’s been twelve years since Cornershop notoriously set alight pictures of Morrisey after reacting to what they thought was the ex- Smiths frontman’s flirtation with racist symbolism.
Ever since then they have frequently freely raised awareness about political issues. But unlike the sound bites and slogans of bands with manifestos, which have fizzled out, Cornershop conscientiously let their music do the talking. “I think it is important that we do because not many bands do that anymore,” says Ben.

When they had first started out, they were inspired by Socialist artist William Morris who was known to use his work to make a mark on his environment socially and aesthetically. It’s this ethos that is inherent in the way Cornershop have tried to use their influence, as they too have a strong hold on their creative control.

“It’s good to have a say on what’s going on,” says Tjinder. “It’s like I thought Fahrenheit 9/11 was great because although there are those out there who think it is manipulative from the left side, at least it challenges Americans to be less focused on the right. I was watching John Kerry at the Democrat convention on TV the other night and I hope he gets in as I’m damn well in on any sort of movement to the left in America. It would mean there would be an influence on England shifting from the right. “The fact that Kerry mentioned values relating to social issues is interesting, because the track we did with Quincy is called Valeures Personelles (Personal Values). It started off as instrumental but I decided to lay some French vocals on it. The song is already out for promotion in the States and it’s our way of using translations through the ballot box. It’s not straight politics but it gives people something to think about. In that way we have always thought of ourselves as being a step ahead.”

Being in the biz for more than ten years has meant that Cornershop have been able to break barriers and open doors for those in the minority as well as having to battle against tokenism. But as for setting an example for others, they are less keen to be perceived as role models. “I think that our rule is that there are no rules. You make your mistakes, you learn from them and you see where that takes you,” explains Ben.
“We’ve tried to push a button on every level, certainly with music, but we don’t see ourselves as role models,” adds Tjinder. “I hate role models because they are there to be crushed.
“It is nice when people come up to us and say that we made them want to start a band but we don’t want to end up like Lou Reed and become right arseholes.”

For those of you who have been waiting patiently to see them play live again, fear not as they are already half way through working on their fifth album which is aimed to be out some time next year - followed by a tour. But as to what to expect, you’ll just have to wait and see because these two are not giving away much. “It’s been great playing live together in the studio again, we’ve been really enjoying it, especially today,” enthuses Ben. “At the moment we are just getting our ideas together and seeing where that will take us.”