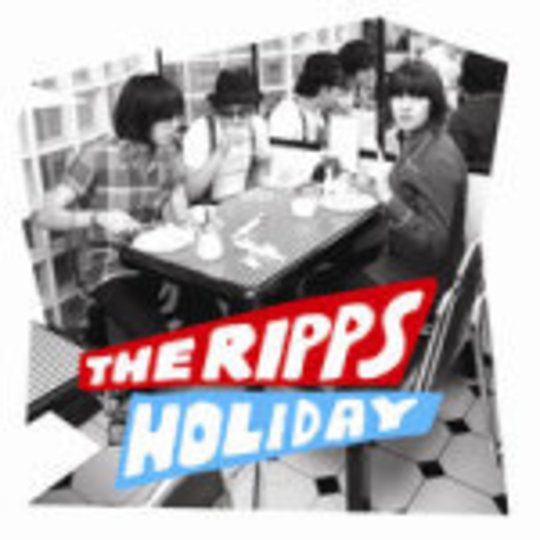 Today I’ve been looking at university prospectuses. Hurrah! Amongst the many, Coventry was one of them. Looked attractive enough, I suppose, what with all the talk of the city’s regeneration and such like. However, if there was one thing that put me off considering the place it was the thought that Coventry trio The Ripps would be haunting the local pubs every night with their monotonous ska-pop routine.

Dragged along by a dreary organ and a few chords learnt from their 'guitar for dummies' handbook, ‘Holiday’ – the third single taken from Long Live The Ripps - continues their run of completely rubbish releases. I wouldn’t care if it had the slightest hint of charm, but their stale brand of annoying pop is as vacant of any substance. In fact, I wouldn’t have minded if it was an instrumental track – if it saves the song from the annoying yelps and lyrics contrived to the point of belief then I’d have brought the mark up to a 4. Maybe. There’s no excuse for this kind of shit – not even the long-time get out clause of “but it’s fun” can be applied here.

However hard they try for success in a scene already dominated by sound-alike bands doing their thang slightly better, you can bet The Ripps will be plugging away in a back-street pub to a few locals in a few years time. Or, they’ll jump on the nu-rave bandwagon a bit too late as well and change their name to The Glowsticks. Either way, they’re doomed for failure.