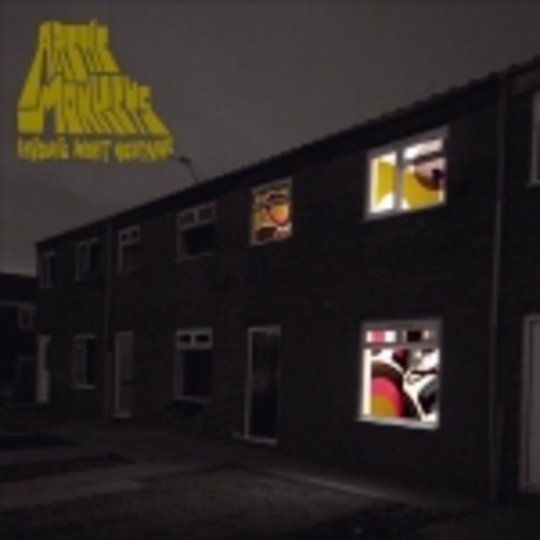 Whatever You Say I Am, That’s What I’m Not, Arctic Monkeys’ debut long-player, attracted journalistic plaudits and public affections with its combination of shrugging charm and bitter turn of phrase. But retrospect is a virtue and, peppered with duds and clumsily self-righteous socio-commentaries, the album was by no means the classic many lauded it as; rather, it was a promising introduction and little more.

If there is one thing Arctic Monkeys have mastered over the last year it is understanding the importance of retaining a certain level of mystique – an aspect thoroughly reflected in Favourite Worst Nightmare. Though Alex Turner continues to be crudely hailed as akin to Alan Bennett, the blunt narratives that garnered his band their initial acclaim have been softened in favour of more lyrical ambiguity. Whilst the standard gripes remain, such as Turner’s Yorkshire rasp turning its attentions to tactless attempts to be seen on nights out in ‘Teddy Picker’, the ‘Reebok Classic’ comments that littered the debut have been replaced with far more cutting witticisms.

Though the musicianship again adheres to a relatively basic formula, Favourite Worst Nightmare has an understated depth. James Ford’s production is appropriately uncomplicated yet detailed, washed with subtle doses of psychedelic distortion that seem to be in debt to The Coral's Beefheart-aping routine. Though ‘Brianstorm’ rampantly opens proceedings with by-numbers bombast, the finest moments on the record are those that seem to follow on from the Who the Fuck Are The Arctic Monkeys? EP, released between albums, as ‘If You Were There, Beware’ echoes in the same resigned manner as ‘Leave Before The Lights Come On’.

This is a far from flawless record. ‘Fluorescent Adolescent’ and ‘D Is For Dangerous’ are laden with laddish bombast, whereas retiring track ‘Only Ones Who Know’ possesses the same insipid mid-album croon 'Riot Van’ provided in Whatever.... However, the boyish charm that appealed to so many has transformed to something far more incisive: 'Do Me A Favour' details the resigned decline of a relationship in three of their finest minutes to date, bitterly concluding that "perhaps 'fuck off' might be too kind" in the guileless manner that warranted their initial acclaim.

Though inconsistent, this record is remarkably accomplished and immediate. Whereas Whatever... was preceded by months of hype with enthusiasts exchanging demos and live recordings, Favourite Worst Nightmare benefits from sounding so unfamiliar. Whilst it may disappoint factions who revelled in the easy-to-swallow lyricism and sub-Libertines romp of the debut, this bout sees Arctic Monkeys master their craft with a record that is both credible and accessible.