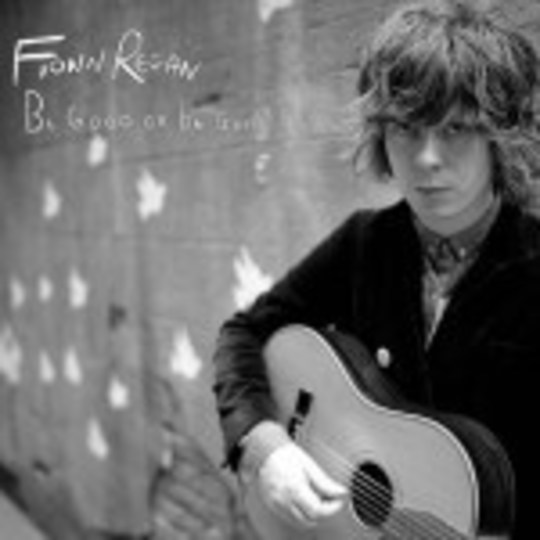 Though he may have missed out on the Mercury earlier this week – Klaxons walked off with that particular gong (news here) – there’s no doubt that Fionn Regan is one of the artists who will truly benefit from the increased exposure such a nomination brings with it. This single is a true highlight of his The End Of History album, reviewed here, and should comprise something of a catalyst, nudging Regan’s profile up those few notches more. He’ll never operate in the same league as Blunt, Oberst et al, but then again his music is too precious, too delicate, to survive such widespread and continual scrutiny. It would shatter under its weight.

While it doesn’t dazzle – there’s little in the way of Wow Factor here – ‘Be Good Or Be Gone’ is one of those gems of rich understatement that shuffles its way under your skin given a couple of repeat exposures. Gentle and steady of pace, sweetly sung and naked of embellishment and needless clutter, the song is perfectly raw – just man and guitar, natural and never meddled with. Its video makes great use of this set-up, and as a result is one of the most arresting and touching promo clips committed to the public domain this year.

So, maybe Regan’s music isn’t quite up to award-winning standards, but there’s no doubting that the man’s got more soul in his right hand’s thumb and forefinger than three forward-thinking individuals who formed a band for a laugh do collectively. It’s not landscape-changing, nor is it life-reaffirming; what it is, though, is better than any of that: a simple, heart-warming song from an ordinary man just getting on. No fuss, no bother. Just quality to spare.