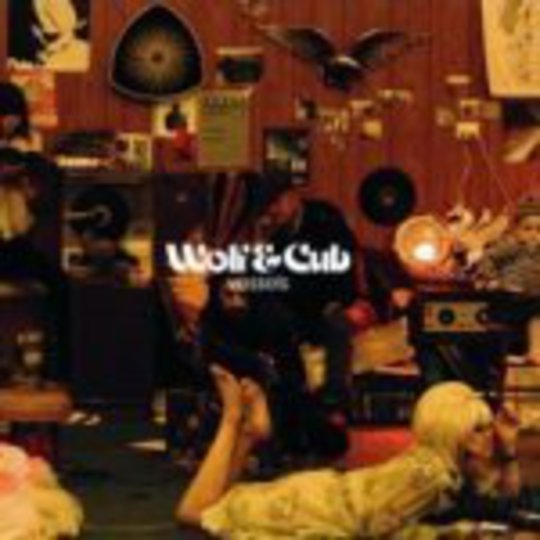 Considering Wolf & Cub’s flashy gig record, including spots supporting Queens of the Stone Age and TV on the Radio, the sight of a debut album generates excitement of unspeakable amounts. The Adelaide-based band first caught the attention of UK airwaves back in 2005 with the Thousand Cuts EP, and with the help of producer Paul Epworth released material that convinced NME to deem the quartet as “the hottest thing on the planet” that same year. This time around, Tony Doogan of Mogwai and Super Furry Animals fame guides the group’s vision to create Vessels.

The brewing loops of the introductory track, which shares the same name as the album, effortlessly breed into an explosive guitar groove, exuding an archetypal rock direction with weighty distance of epic proportions. The slithering soupiness of the groove thickens and thickens, only to be spoiled by a strained vocal register: what sounded like Trans Am now sounds like Kasabian. I trust you understand the disappointment. Like the majority of the album, ‘Rozalia Bizarre’ speaks to the timelessness of classic rock, complete with grandiose guitar journeys – dirty to psychedelic and cosmic – which strikingly clash with a dated, nasal in-between falsetto, sounding sore and forced. It seems that Joel Byrnes’ vocals can’t keep up with his guitar. While seemingly understood, the musical course appears to embody an attempt to reach back to that exciting time when rock gods were born and the phrase “guitar hero” meant more than a video game.

Don’t get me wrong, Vessels certainly has its moments: Wolf & Cub occasionally reach a moment of interesting instrumental stasis. For example, ‘Kingdom’ stews from a type of light lounge logic to a satisfying stratification of rhythmic exhilaration, a formula completed again and again. Doogan’s fingerprints show up all over the album, where the film of sonic meltdown simmers in an atmospheric heat of indecipherable instruments in the appropriately titled ‘Conundrum’. In the end, Vessels comes across as a promising guitar-driven breath of fresh air trapped in a box of squeaky-clean studio tricks; what was hopeful is now hopeless, and what seemed like an exciting rock revival is simply a wolf in sheep’s clothing.