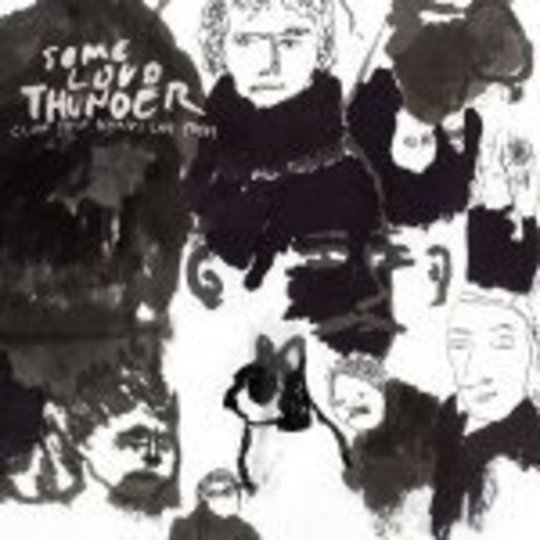 Clap Your Hands Say Yeah’s early success revolved around two points. They A) released a debut album documenting the sound of a band with a penchant for concocting gleaming indie-pop that falls somewhere between a straight-laced David Byrne and Clinic; and B) early support by arguably taste-making on-line music publications thrust them on to the international music consciousness and produced a level of success fairly unheard of at the time for a group not associated with a label. At times they were feted almost more for the idea of what CYHSY could mean for the future of music than the music they actually made. Even though, at the end of the day, they were simply a band who wrote quality songs and were lucky enough to get decent press – not much new about that now, is there?

Two years later the internet craze has cleared, and while other on-line phenomenons have appeared and, in some instances, skyrocketed to levels of acclaim and sales far outstripping CYHSY’s early success, the band have finally found post-hype breathing room to record their sophomore LP,_ Some Loud Thunder_.

Working with Flaming Lips’ producer Dave Fridmann, opener ‘Some Loud Thunder’ dresses up their signature, percussion-laden jangle rock with a heavy dose of distorted fuzz. ‘Emily Jean Stock’ comes across as a bastardized lo-fi homage to classic girl group pop…but sung by a skinny guy from New York in the 21st century and backed up by a wave of dissonant atmospherics, while ‘Love Song No.7’ sounds like the perfect soundtrack to a steamy midnight encounter between the hookier moments of Brian Eno’s_ Here Come the Warm Jets and vintage lo-fi psychedelia. But it’s the oddball _‘Satan Said Dance’ that’s sure to garner immediate praise (and scorn among some) thanks to its geek-dance grooves, thudding bass lines and singer Alec Ounsworth chanting “Satan, Satan, Satan…” _to a crowd of people who shout back“…said dance!”_ It’s a cracking tune that personifies CYHSY’s welcome attempt to boldly move on from their debut.

Unfortunately, the band must have gotten cold feet because the latter half of the album shamefully retreats to what can be described as a half-hearted take on unfinished B-sides found lying under the sofa. ‘Yankee Go Home’ is a textbook definition of the bog-standard indie-pop clogging up one too many peer-to-peer services at the moment, while the band sound like they’re walking around in a bored haze on ‘Underwater (You and Me)’.

_ Some Loud Thunder is a partial success. When it shines, it shines brightly and showcases a skill at crafting - when they have the balls to carry their ideas through - insanely catchy left-of-centre quirk pop a la _ Talking Heads. But when the failures strike, they’re unable to even muster hatred or disappointment; instead merely serving as fodder for muted indifference. But maybe that’s the reality behind the much touted idea of CYHSY: they were never meant to be a cultural signpost for a music paradigm shift, they’re simply a talented little band looking for the chance to explore and develop their music over time - even if we do have to bear the occasional growing pain.

Look out for an interview with CYHSY's Alec Ounsworth, tomorrow on DiS