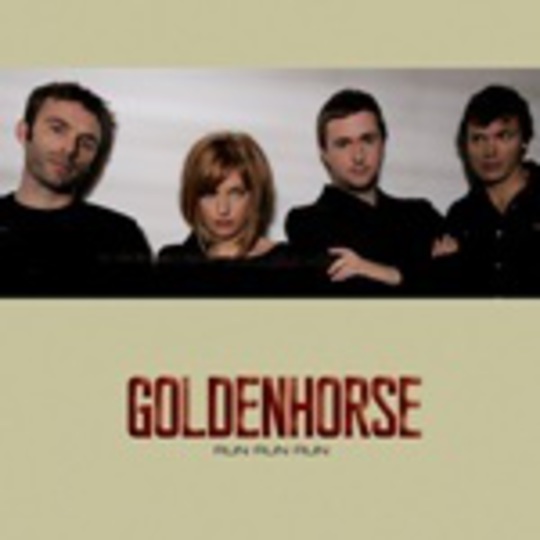 A rollicking drum intro, everything-at-eleven amplification, a soothingly sensual female vocal: you’d be forgiven for initially mistaking Goldenhorse’s ‘Run Run Run’ for a new offering from fellow antipodean rockers Howling Bells. No doubt that’s a comparison that comes the New Zealand four-piece’s way a fair few times, but it’s a favourable one, and certain to aid their energetic pop-rock’s chances of eventually bordering on crossover success.

Kirsten Morell’s lead vocals are strong, but they do lack the vulnerability of HB’s Juanita Stein’s wavering warble – although she maintains throughout that she simply can’t be without whoever’s presumably doing the Run Run Running, such is the confidence in Morell’s performance that it’s hard to imagine her suffering too many tearfully sleepless nights over the failed affair.

As introductory arrangements go, this is fine fodder for a potentially promising future: Goldenhorse have hooks enough, here at least, to attract the most single-minded of melody-seekers, yet their forceful guitars and insistent drumming should move a few feet down the local indie disco. Derivative though it obviously is, ‘Run Run Run’ is a decent three-something-minutes of adrenaline-soaked female-fronted modern rock, and is certain to incite a following.