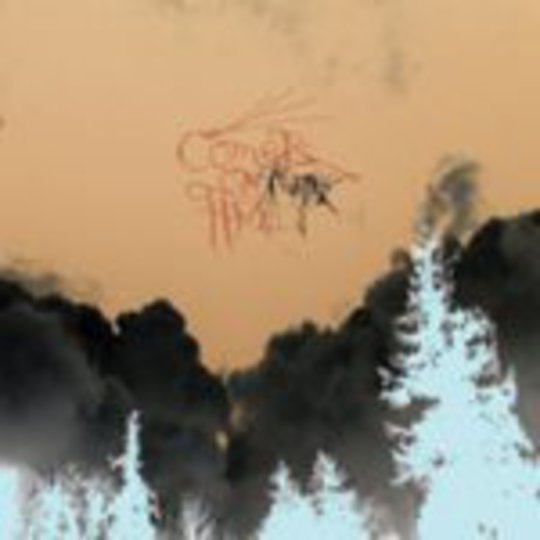 Before listening to this album I set myself a task. No matter how impressive or how mindblowing Avatar - the fourth album from Santa Cruz five-piece Comets On Fire - would be, I would buck the trend and keep hyperbole and exclamation to an absolute minimum. Under no circumstances would I let phrases such ‘riffs that could melt steel’ and ‘multi-dimensional drug-trip’ settle in my head and be transcribed. I failed the task within the opening ten seconds of first track, ‘Dogwood Rust’. So allow me, if you will, to launch into hyperbole overdrive.

It comes at you like a near-lethal cocktail of whiskey and adrenaline, looking both to the Seventies and light-years in the future. Not many bands have the audacity to begin an album with a solo and stretch its parent track to seven-and-a-half minutes long these days, but then again not many bands are like Comets On Fire. Even in Avatar's first minute you could reference the riffs of Black Sabbath; the unhinged, masculine energy of Led Zeppelin; and the brain-melting freeform combustions of Acid Mothers Temple. Yet even these comparisons sell the quintet short: where the previous bands have carved a niche, Comets On Fire have blurred and burned the lines so that they cover each other easily and unknowingly.

Soon the songs themselves blur, but it would be a stretch to say they were conceived as a single, cohesive movement. While instances such as the transition between ‘Dogwood Rust’ and ‘Jaybird’ do hint at a masterplan, the seven songs that make up_ Avatar_ are more than capable of standing alone, and are more then helped by a stricter songwriting structure. Sure, the brain-frying jams are still there but they serve more of a purpose, and are all the more irresistible in their surroundings.

Which, for the most part, are as toned down in intensity as they are in intricacy. Before the fifth track, ‘Holy Teeth’, the band rarely shift beyond second gear, instead choosing to lay back and enjoy the view drift by slowly. The song ‘Lucifer’s Memory bears a curious similarity to My Morning Jacket, with butter-loads of reverb covering smoky vocals and hazy guitars; where MMJ seem to have one eye on the timer, though, Comets On Fire have both eyes on the sky.

The album closes with the pairing of ‘Sour Smoke’ and ‘Hatched Upon An Age’, two glorious slabs of smouldering, meandering prog-rock. Quaint keyboard runs, solo upon solo, Gregorian chanting, track lengths breaching the five-minute mark by a considerable distance. Thirty years ago this would have been viewed as everything wrong with music, but now it’s a refreshing change to the pre-packaged diet of faux-accents and senseless songwriting passed off as being ‘alternative’.

Although musically they exist in a different spectrum, a comparison that could be made is to Mastodon - both bands have pushed their own boundaries consistently, whether within their own or their forefathers' genres, and have created album upon album of ever-progressing, unfathomable brilliance. With their fourth album, Comets On Fire have surpassed themselves. Avatar may not be as intense or as out-of-loop as expected, but its otherworldy mix of prog-rock and freeform more than lives up to the expectations formed in the wake of 2004's_ Blue Cathedral_.

And that’s not hyperbole. It's pure fact.