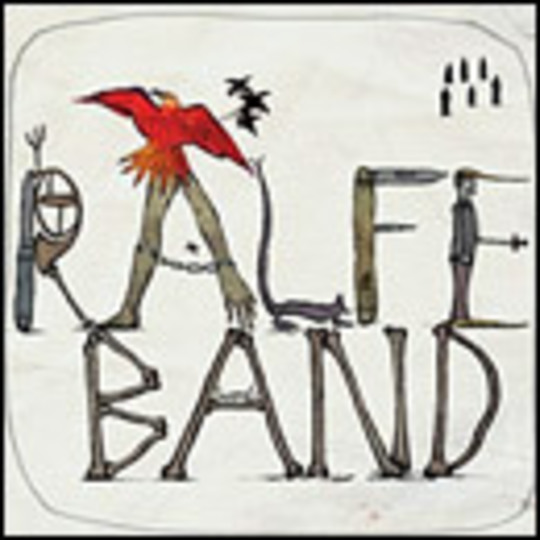 If you call an album atmospheric it usually means it’s dull and a bit worthy but has nice guitar effects. But the Ralfe Band are atmospheric like falling asleep half drunk on a train and waking up disorientated in what might be Reading then trying to work out how to get home. If indeed that is a meaning of atmospheric. They should be the house band at the Marathon Bar, as their tangential relation to normal space and time would be perfect.

‘Swords’ is one part Syd Barrett playing eastern European folk, one part the soundtrack to an especially peculiar Peter Greenaway film, and a third part bonkers. It sounds like a direct recording of someone’s musical internal monologue. Ideas crash against each other from all angles, like ‘March Of The Pams’ which could be a Greek restaurant band being joined by Mick Green (from The Pirates, kids) and the Swingle Singers. In a good way. Or ‘Bruno Mindhorn’_ – like a narrative sketch from Jam backed by an ethereal rockabilly band.

How to describe it? Weird, occasionally disturbing, beautiful in a twisted way and very intense. It's the sonic representation of that someone you had a fling with but studiously avoided introducing to your friends. And much like that person, it could have just been a strange dream, but one that's impossible to forget.

Soon There Will Be...