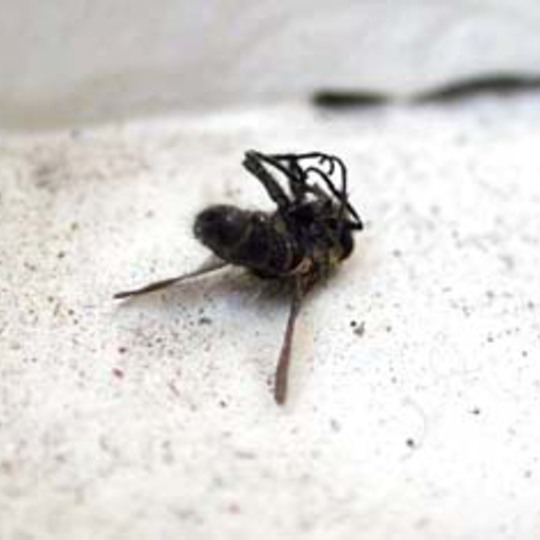 It was last Saturday, September 24. I’d never seen anything like it on my tellybox: Ian Brown and Miss Dynamite-tee-ee taking tea for Popworld’s pleasure. She asked he questions; he answered like he didn’t know she from ‘ee or ‘er. Anyway, they’re shooting the proverbial when the dolphins/monkeys poser rears its head: like, why did we leave the sea for land? Would going back be such a regressive step? Why can’t I be a Kevin Costner merman already?

For the members of this Bristol-based outfit, counting members of the defunct The Boy Lucas, said evolutionary backtracking has wielded not entirely expected delights: a standard post-rocking quintet on paper, commonly (and not entirely inaccurately) compared to The Sea And Cake, Leave Land For Water dazzle on a number of tracks here, and for entirely different reasons.

Opener ‘The Cinders Spread’ is a bombastic collision of sky-scraping guitars and soaring vocals, while drums are beaten with intelligence over brute force. It’s somewhat misleading, though, as this self-titled EP’s very next offering, ‘Olad’, slows proceedings. Contrast from track to track isn’t always as impressive, but considering the nature of EPs, this example is absolutely rich in creativity and potential.

No doubt Ian Brown has a theory; no doubt it’s as bonkers as his choice of shampoo (which, clearly, has no effect whatsoever). My hypothesis, though, is that Leave Land For Water have taken one step back to go two or more forward: their next release can’t come soon enough.

Lizard in the Wires EP

Made To Wreck EP