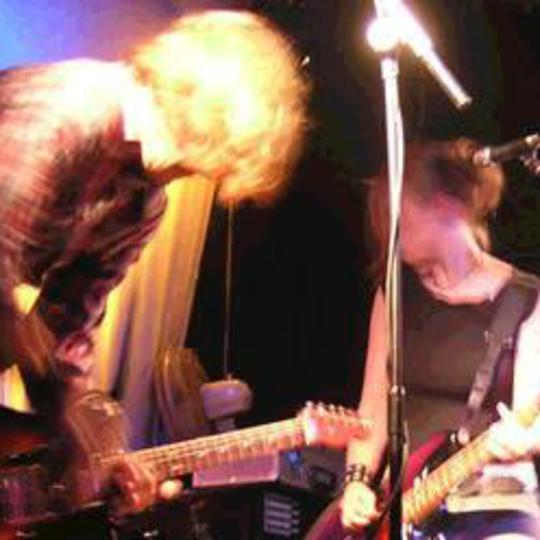 A guy called Graham is flippin’ the fudge out in some asylum where the rubber walls have been replaced by breezeblocks coated in glued-on shattered glass and industrial nails. His echoes reverberate upstairs, where some precariously balanced musical instruments shudder and shake their way over the edge of the first step… down, down, down.

“Whaaaat’s thiiis!?” comes the scream, the distorted aural dust cloud chucked up by the inevitable crash stinking of Dischord-ance and At The Drive-In’s decadent punk-rock rollercoasters of yore. The man calms only to resume his frantic yelps, while all the time the newly manifested band about him pummel the already bruised instruments of release into kindling.

And this is just one side - ‘The Cabinet Of Dr October’ - of October All Over’s quite brilliant self-released seven-inch. T’other side, ‘2005 BC’, is the Radio Friendly Unit Shifter (be fair, every punk-rocker’s gotta have one) – a whirlwind collision of Ikara Colt-isms and Pretty Girls Make Graves’ alarmingly affecting girl/boy/girl vocals.

These Londoners might not actually be lunatics ripe for committing, but these songs are so damn infectious that you’ll require a lobotomy to get them out of your head.

Various, The Scaramanga Six, Being 747, Mary-Jane

Sounds From A Big Town

The Dead 60s, The Kooks at The Rescue Rooms, Nottingham, Nottinghamshire, Tue 28 Jun