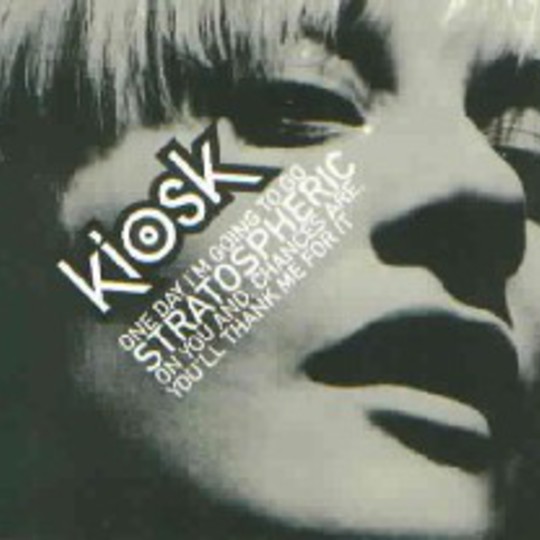 Having spent the last few months trawling around the toilets of London, Kiosk have finally gotten around to letting the rest of the general public in on one of the capital's best kept secrets of 2005.

If 'Stratospheric' - or to give it its full title, 'One Day I'm Going To Go Stratospheric On You And Chances Are You'll Thank Me For It' - is the sound of Kiosk at their most radio friendly (think Garbage's 'I Think I'm Paranoid' turned up several notches and you're on the right trail), the rest of the EP ups the ante by several fistfuls of crumpled ten pound notes.

In vocalist Krissi Nicolson, they have a vocalist who can make you believe she really is singing from the bottom of her bowels whilst lying in a crumpled heap on the bathroom floor, and on the haunting 'Daylight Robbery' she manages to effervesce enough pent-up anger and frustration to fill the public gallery of the Old Bailey.

Similarly, the buzzsaw guitar heroics on 'Make It Stop' compliment Nicolson's sinister Katie Jane Garside (minus the shrieks) mannerisms to a tee, and along with kindred spirits Ladyfuzz, Kiosk look set to put some balls back in grrrl powered rock.