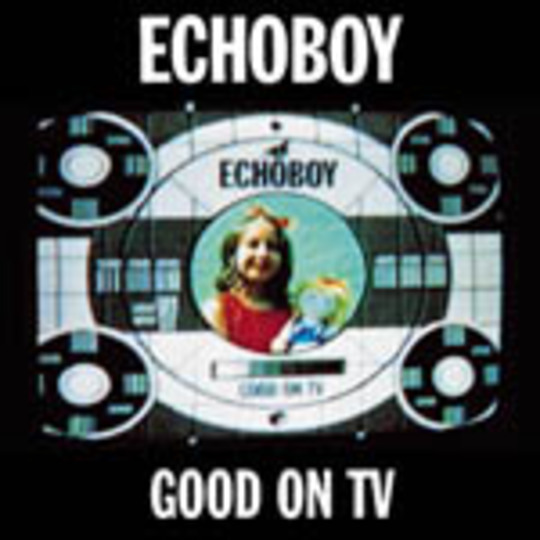 Richard Warren is clearly suffering from a crisis of confidence. “It’s never gonna’ happen to me/Because I don’t look good on TV” he sings. Don’t fret - just look at the Chuckle Brothers, Jimmy Krankie, Pat Butcher and Rolly from Grange Hill. None of them were blessed with the looks of an Adonis but they continue to carve out illustrious careers within the dog-eat-dog world of the media (although admittedly it all went pear shaped for Rolly after he started hanging around with smack-head Zammo - just say ‘No’ kids).

'Good On TV' is a classic example of Echoboy’s steady return to pop music after his early, and quite impressive, forays into more leftfield waters on 'Volume One'. Where once there were nine-minute drum machine and meldodica epics, now he’s relaxed back into the steady formula of straightforward pop songs. It’s a blessing then that he’s taken a leaf out of the good book of pop and flicked straight past the Dr Fox section, straight to the adults-only, New Order pages at the back. The bass line nods at <'i>The Head On The Door_' era Cure, while Warren’s vocal delivery is crystal clear and the piano break could be taken from the Terminator soundtrack if it was played unplugged on a baby grand.

Echoboy might be playing it safe for now, but he’s far from the Elton John collaboration, and long may it remain so.