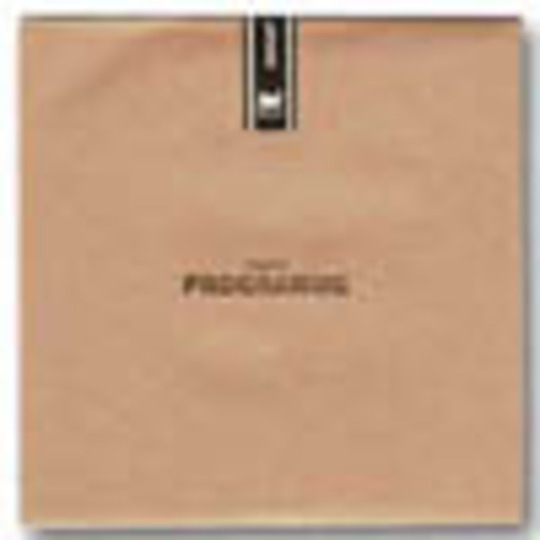 Pulsing like an adrenal-high elegy for hard times, this 7" release on Brighton's FatCat, the second in a matter of weeks, is perhaps the most grimly compelling musical dressing down I've experienced all year. A duo hailing from the south of France, Programme harness a caustic, punch-drunk power largely unheard of in modern experimental rock circles, a shuddering intensity that reeks of stained, troubled cities, tower block claustrophobia and the unrestrained nihilism of the affronted, disenchanted young.

Twisting on an insistent, monomaniacal piano chord coupled to an equally fervent beat, the A-Side is the trump card here, a minimal, deconstructed punk-drone that positively spits out of the speakers, the lyrics, sung-spoken in gutteral clumps of French, like reams of untrained, political incantation, offloaded with an uncomfortable closeness. This is music unafraid to make a point and unafraid to do so without the barest hint of diluting irony, affectation or style-mag pick-and-choose political dilletantism. A strong contender for single of the year, Une Vie can be taken as musical counterpoint to Matthieu Kassovitz's La Haine - urban, unrestrained, feral, a musical fissure, and a warning shot from the ashen outlands of a divided, convulsed modern France.