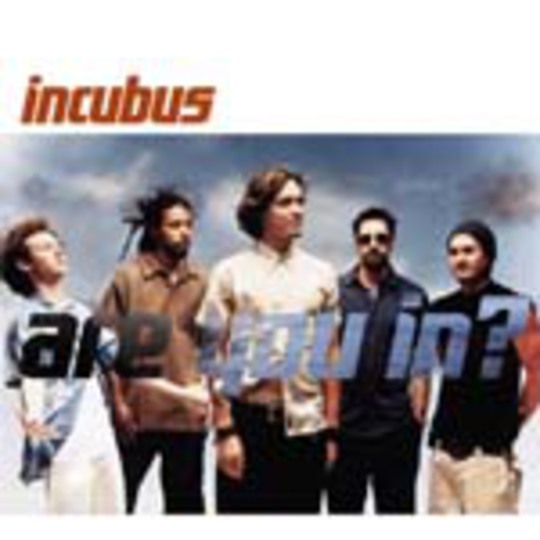 Are you in? Well, are you? In on this stupid pseudo laid-back-funk-but-no-funk nonsense and partying with the ‘Bus boys, being “_in_” as the (heavily MTV2 rotated) video suggests? (don’t answer that last question. I know what you’re thinking. But lets all spare a moment for the model who gets Mike Einziger.)

Anyway, onto my main point: this song is awful. Never have 10 (or so) words been used to such a devastating effect. It’s pure album filler-fodder, for chrissakes!! The reason I’ve got so much hatred for ‘Are You In’, is that it in no way demonstrates the beautiful songwriting ability that Incubus have, and matured on ‘Morning View’. It’s like they’re asking us to mock them, when they have a good handful of epic, sonic and downright pushing the envelop new-floaty-metal-melodic-rock songs to choose from their latest album. All of which are better than this repetitive, boring and annoying (‘woo-ooh-ooh-ooh.’ No Brandon!!) tripe. However, I am most certain that titles such as ‘Circles’ or ‘Just A Phase’ wouldn’t have been half as much fun to shoot a video for… And so, our ears have to suffer at the expense of Incubus’ (easy on the eye) frolics. When will they learn?