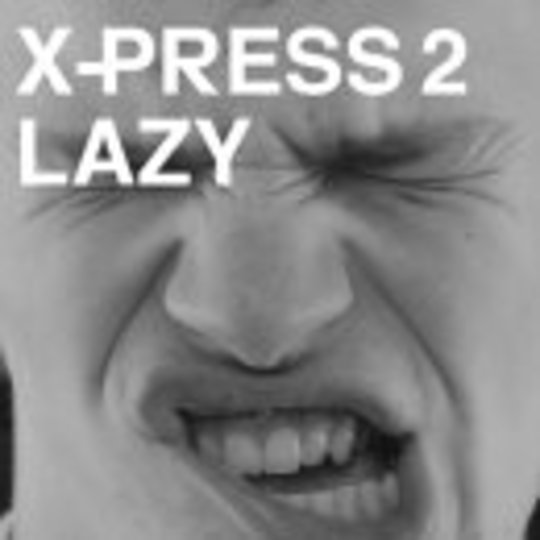 Ex-Talking Heads frontman David Byrne must have one of the greatest voices ever known to popular music. Almost robotic but with an ever-present hint of stifled angst, his deadpan vocals could make the proverbial telephone directory (or even some of his former band’s more obscure lyrics) sound like the foretelling of Armageddon.

It’s that voice that transforms London DJ trio X-Press 2’s amiable but unspectacular deep house ditty into one of the best singles of the year. Byrne had originally approached DJs Ashley Beedle, Rocky and Diesel to be his backing band (“We had to tell him we’re just a bunch of studio gits,” they confess), but ended up helping to propel ‘Lazy’ up the charts.

According to Byrne: “I love the idea of a throbbing beat, and a dancefloor filled with energised bodies, and the singer proclaiming the merits of laziness.” And that he does, declaring in his own ineffable way: “I’m wicked and I’m lazy / Oh, don’t you want to save me.” And who could fail to raise a smile at lines like: “I’m lazy when I’m loving / I’m lazy when I play / I’m lazy with my girlfriend a thousand times a day.”

Catchy, funny and anthemic, if we’re lucky this could be the sound of the summer. For those of us who had written off the singles chart as irrelevant, this is a welcome reminder that there’s life in the old dog yet.