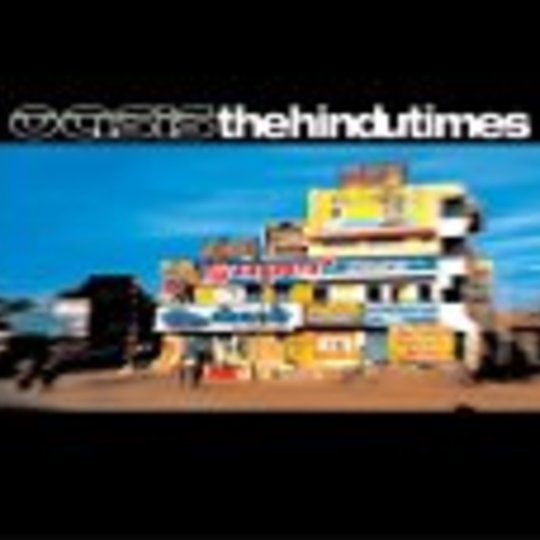 Oasis *are returning with a new album. I think it’s their fifth (not their fourth) from the studio and I prepared myself suitably, by listening to their back catalogue. Albums #1 and #2 still sound fantastic. *Liam’s *singing sounds resplendent in his _I’m-a-badboy-singer_ style and the tunes are plentiful as *Noel *clobbers out anthem after anthem. Liam's voice becomes harsher on album #3 while the tunes are petering out. Album *#4, because there actually is one that forgettable, is a pile of shit. Liam's voice is getting worse by the album and the songs...hmmm, what songs? It almost seems as if they are running out of ideas...but, hoorah, with ‘The Hindu Times’, Oasis are almost back to their best.

The song is based, as usual, around a careful riff *from Noel underlying the majority of the song - staying in your head like a big lump of brain - and the *vocals. Here we come to the songs singular double-barrelled flaw: Liam thinks he can still _sing _and Noel _still _thinks he can sing. The reality of it is that *Liam’s *once melodiously harsh tones have mutated into something resembling a bloke rasping a *football chant *on the terraces of Maine Road backed with *Noel’s *imitation of a prize bull with his bollocks caught in a fox-trap. It’s a great song otherwise.

There Goes The Fear