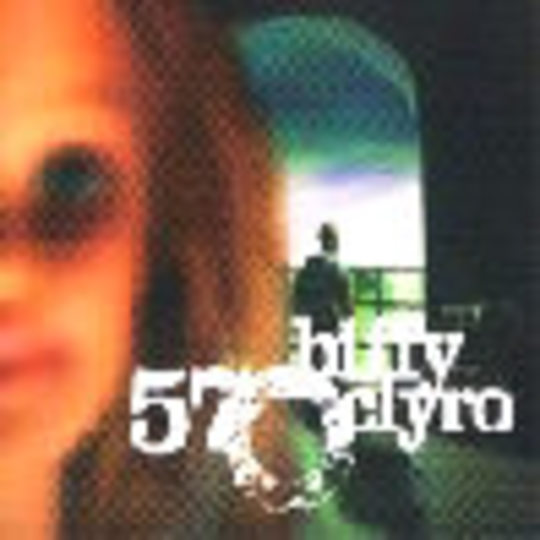 Where do I begin? The b-sides stand out on their own as two of the best songs of the year with the talk of girls surrounded by flocks of angels maybe because of the girl in the singles “beautiful face, her beautiful face” (so nice they say it twice) which is nearly as teddy-bears-candyfloss-and-kittensy nice as the doo-doo-dee-doo bit. That little quirk turns ‘57’ from a Foo Fightersy rock anthem into one of the most exciting singles that could be called EMO around at the mo'.

The band have got every star and planet in the universe aligned when the song comes to a close, falling out with the repeating of "..and over and over: HER! and over, and over: HER!". The staring into the night sky and wondering why it (love that is) all works is backed by some of the tightest drumming around and guitars that I'd happily allow to plug into my vains to get my brain working.

So, Biffy Clyro may not have the catchiest name in the world but they’ve got 3 way harmonies’n’screams to shout about. They've got riffs coming out of their ears plus they’re pretty scottish boys; what more can the world ask for in a rock band?

PSSSST! I’ve heard the album (‘blackend sky’ out March 11th) and it’s one of the records of the year already. I shit you none.