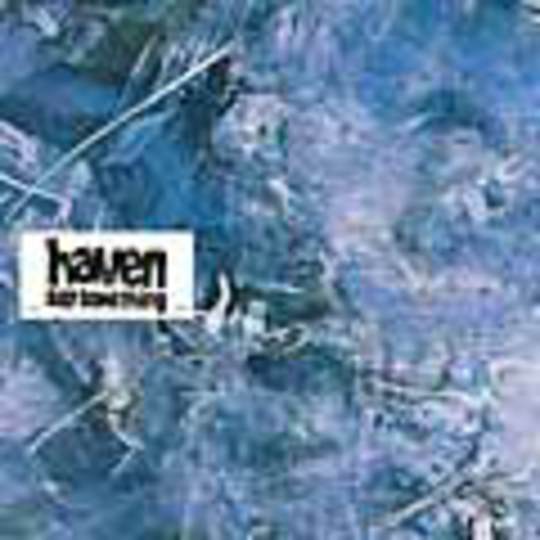 I saw Haven play live back in the summer. I stood there, bored out of my mind for a lot of the gig. Until they started this song. It's like finding a Reservoir Dogs Director’s Cut video for £3.99 buried amongst the Teletubbies section of WH Smith. Surrounded by utter bilge, comes a gem.

"Say Something" is a rock epic in the very best sense of the word. An irresistible guitar line soon leads to singer Gary Briggs initially hushed vocals. The chord changes are divine, inducing chemical excitement in your brain. Then comes the chorus.

It's almost like Briggs is escaping from some secure compound as he begins to sing the chorus. His incredible voice soars and scrapes the sky, and only the stoniest heart will remain intact. It's a stop what you're doing moment. It’s like hearing Jeff Buckley sing for the first time again. Magical.

Yes, yes, Haven are doing nothing new, but when the tunes are as great as this, who cares? When Haven headline Glastonbury in 2003, and every soul around you is singing along to this, I'll wager you'll join in.

What a joyous record this is. After releasing dull, insipid, MOR songs previous to this, Haven have finally come up trumps.