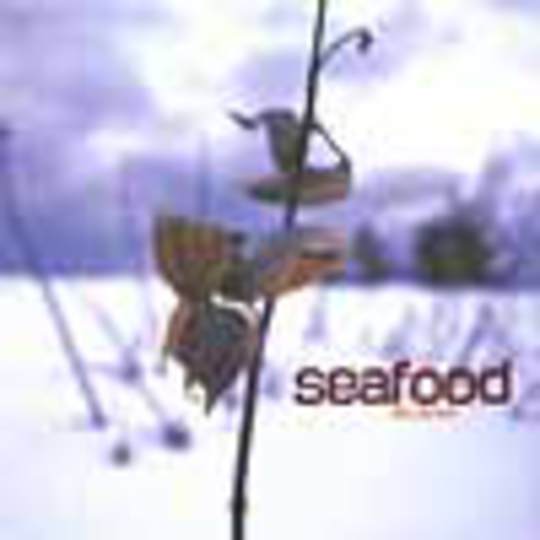 There's something fucking fantastic about Seafood. Maybe it’s due to my Indie "roots" dictating that I should worship the ground they walk on! I utterly adore them. The fact they make amazing records, the fact their live shows are powerful emotive cohesions of balled up sounds, the fact they've got cute little South Park style cartoons of themselves on their website. THEY’RE FUCKING AMAZING!**

"Splinter", the second release from their **"When Do We Start Fighting..." album, contains a driving drum-beat, a rolling guitar line and Intellectual lyrics to boot. It's SUCH a lively, noisy, passionately fuelled song. David Line's, perfectly tuned, perfectly weighted, perfectly articulated, (he-is-more-intelligent-than-Liam-Gallagher) vocal just drives me to listen to more and more seafood!

Thankfully, the indie buzz that surrounded Seafood a few years back has now began to re-ignite. Hopefully it’ll dampen down that which surrounds shit like Elbow and fucking bollocks such as Starsailor or crapout.

Face it boys, and girl, Seafood rock. They’re fuelled with ideas. You're the new **Sonic Youth or the Pixies (You even cover one of their B-Sides on this single!!). You are better than everyone else. You're a wholly likeable gorgeous little band you.

And I turn XFM up when you come on.

Therefore I love you, cos you gave me one of the best 18th birthday pressie ever! (Yes I was that Flute player!)