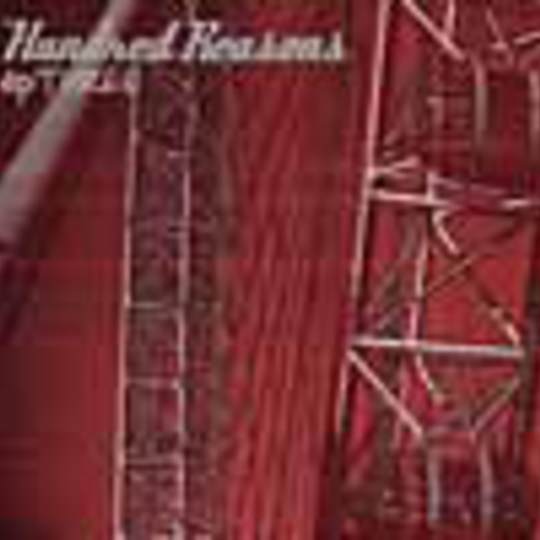 Hundred Reasons *have been recording expensively in New York. They still sound exactly the same as before, luckily. ‘_Remmus_’, from their ‘Two EP’, really did grow on me and so I gave this one a few extra days, but alas I fear it never will grow far enough. It was their new sound that I was getting used to it, and used to it I am now. The lead track – ‘_I’ll Find You*_’ – carries on where ‘Remmus’ left off, except it’s not quite as good. The hooks don’t catch quite as quickly and don’t dig in nearly as deep as they ought to.

‘I’ll Find You’ begins brightly and it’s clearly a song for the crowds to pogo to. The two guitars of Larry Hibbitt *and *Paul Townsend *- complementing one another yet again - make this song for me. *Colin Doran’s *vocals seem to get better and better with each release and his song writing also seems to be up-to-scratch judging by the quality of the b-sides here. ‘_Sunny_’ is slower, more tuneful; almost a ballad. Townsend and Hibbitt’s backing vocals kick in to the chorus here thickening the sound just enough. Palm-muting all round for ‘_Slow Motion_’. And then it kicks off in the usual *Hundred Reasons **fashion.

The boys have certainly created their own *niche *and have defined a sound that can be called their own. They aren’t deviating from this niche that they have grooved into to and although this makes for more of the same solid tunes, a *long-player *will be the true judgment of their abilities.