I Can Buy You 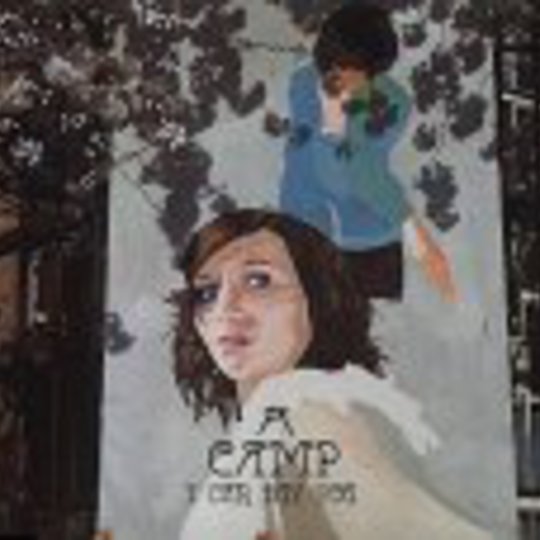 Nina Persson: the girl at the other side of a crowded room who grabs my attention with Siren-like irresistibility yet who remains completely oblivious to my existence, which only goes to make her all the more alluring.

So I stand there and hope - at least - that her sphinx-like level gaze will turn my way. But no. Untouchably cool, all cruel smile and leopard eyes, she remains with a detached air whilst those around her form a blur of movement. Ice Queen. Heartbreaker.

A Camp belong in the most rightfully maligned musical genre: the side project. But be rest assured gentle reader, for this is no Blurillaz style, bored millionaire hobby-band atrocity. No, with A Camp Nina ditches ‘Gran Turismo‘s’ flirtation with rawk that blighted The Cardigans‘ otherwise perfect [pop] copybook and goes for a more reflective, emotionally contained sound. September is coming soon and A Camp's autumnal hues will be it’s soundtrack.

‘I Can Buy You‘ sees Nina as a rich bitch who has an unrequited love for a man that ignores her advances and so, in desperation, attempts to ‘buy’ his love with the promise of riches and gifts. All to no avail, which leads to a certain ennui of affluence: “What’s the use of being a millionaire if I can’t have you?“ she sings, in a voice like tears falling over sapphires.

And what of the yearning harmonica and other Country instrumentation weaving their way through this record?

‘I Can Buy You’: a rare moment of beauty and grace in a singles market rammed with cheap, tawdry thrills.

But! If only I can get her attention, to somehow get her to notice that I exist!. I would talk to her if I could summon up the nerve, if I could hear myself think above the sound of my own heartbeat. She moves through the crowd like a shark through water. This could be my moment.!

And when she passes, I smile -

but she doesn’t see