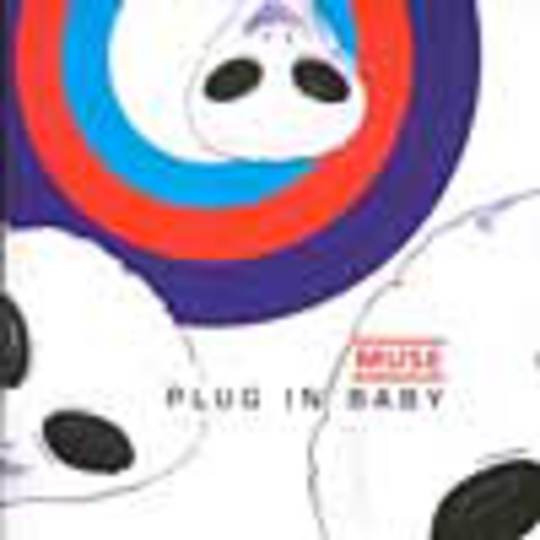 Anyway, moving swiftly on? MUSE are back baby! They sound louder and happier than they have in a long while but those two things go together like parts of the male and female anatomy, it?s just another fact of life. I don?t think I?ve ever had a bad thing to say about Muse and I can?t see any change in my mind after this. A big phat baseline, soaring riffs, quality lyrics (yes, you?ve heard this all said a hundred times before, but I?ve gotta say it again, it's an un-written law of writing!). It's lines like ?my plug-in baby, in unbroken virgin realities? which muddy the pop waters that this single is for some reason paddling in... Hang on, have I misheard that line? Probably, as I?m sure that wouldn?t get on the radio or on the tv or in half the bedrooms of the nation. Or would it? I think it already has. Parents beware, all the nice looking blue haired boys have a cross to burn, as they drag your children into a world where ignorance is but a dream and Nina Simoné covers lure you into thinking it?s oh-so sweet and innocent!

This sounds like theme music to a scene from the computerised world of Mario, as the mushroom headed warriors spit fire and vengeance at the flower eating Mario. Again, that?s probably just me?

Let's just say Plug-in baby looks set to leave it?s gritty 10,000-troops-on-their-way-to-a-revolution stamp in a few record collections. We all know it?s not gonna beat the pop sickness that is Hearsay, but it?s very English to hope for second place, even if there are only two teams in the game. ROCK ON!