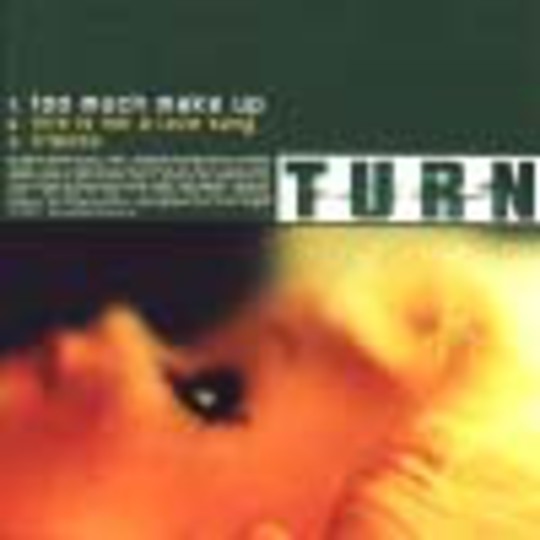 Turn are one of those bands who’re on the verge of hitting the big time. ‘Too Much Make-Up’ is their fourth single, following varying praise and hatred of their past three, limited edition 7”s which also came out as a mini album.

Having pretty much adored the past three singles, ‘Too Much Make-Up’ wasn’t really what I was expecting. It sounds a little more out of tune and discordant in comparison with instantly addictive blasts of tracks like ‘Beratta’ and the classic old skool mellow rock formula of ‘Facedown’. I’m not saying this is by any means a bad thing. If anything, I like this tangled sound a little more. Turn in this kinda vein, put me in mind of early Nirvana, but they’re a lot cheerier and sound a little more like a punked-up folk band, than Nirvana ever did. Plus they’re Irish, so they’ve got more folk running through their veins than Nirvana, who probably had more Kiss pumping around their bloodstream - with the chemicals.

‘Too Much Make-Up’ explodes to a dramatic climax with layers of noise and mixed vocals making the slightly confused first listen a little incomprehensible. A few listens later and this tune will bring out the air guitar in a lot of people.

If you’re bored of Muse, then Turn are more than likely the band you’re looking for. They’re opening for iDLEWiLD on their current UK tour, so get there early and be prepared for some uncontrollable foot-tapping, some delicious quiet bits and some ear piercing feedback. Enjoy…