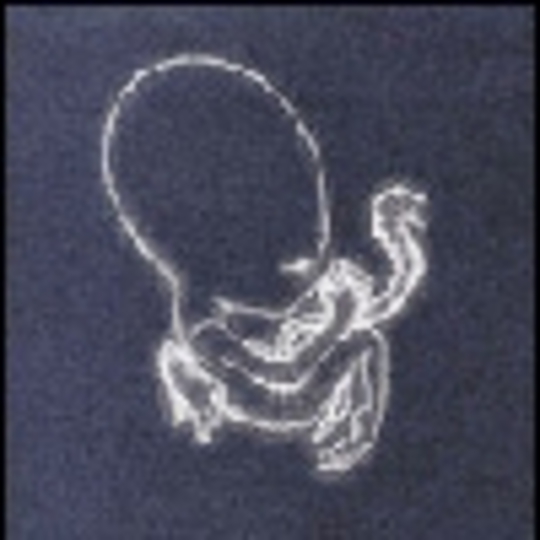 The second studio album from Icelandic post-rockers Sigur Ros, though the only one to make any impact at all on these shores, Agaetis Byrjun is over seventy minutes long, contains an intro and outro which are so minimalist as to barely exist, and has at least two other songs which are suffocatingly boring. Doesn’t sound like a classic so far. But within this album is enough remarkable and beautiful music to more than compensate for this, and there are a couple of songs so haunting and beautiful that they nearly moved me to the point of tears which are worth paying out for the album for on their own.

While they sound a little like American bands like Mercury Rev and The Flaming Lips and at times like the quieter aspects of Radiohead’s recent work (think Pyramid Song and How to Disappear Completely), two things make Sigur Ros stand out. First is the fact that they sing in Icelandic and/or Hopelandish (gibberish to me and Icelandic speakers) which, together with the fact that Jónsi Birgisson‘s voice is even more high-pitched and eerie than those of similar singers, actually adds to the ethereal beauty of their music.

The second is the sheer scale of the music and experimentation on offer. Electric guitars are played with cello bows; sonar pings join feedback build-ups and a huge array of instruments are called in. The incredible Vidrar Vel Til Lofterasa begins with a piano emerging ever-so-gently from the ambient background murmur and builds up over the course of ten minutes to a jaw-droppingly huge orchestral climax, while Olsen Olsen’s wonderful repeating theme is continued by a lone flute after the song seems to have finished, and Staralfur is almost a piece of classical music until it all fades away and just a single acoustic guitar is played as backing to the chilling vocals. It’s not all quiet and atmospheric either, as shown by Ny Batteri, whose horns, insistent cymbal taps and slightly shouty vocals beat any of Radiohead’s recent jazzy songs.

At its best this album is exhilarating and beautiful and will send shivers down your spine every time. At its worst, well, it’s good for falling asleep to.

The Dark Is Rising