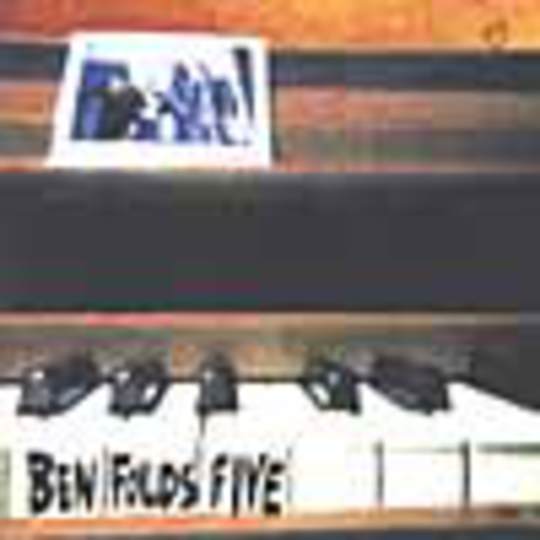 Everyone knows three things about Ben Folds Five. One, there were only three of them. Two, they never used a single guitar on their albums – only piano, bass and drums. Three, they split up a couple of years ago.

Sadly, few have heard much of their work other than breakthrough single ‘Brick’ from their best-selling album ‘Whatever and Ever, Amen’. But an even more valuable set of pop-rock gems is to be found on their eponymous debut.

After several frustrating years wasting his talent as a session musician, songwriter and pianist Ben Folds struck on a winning formula in 1994 when he teamed up with bassist Robert Sledge and drummer Darren Jessee in the North Carolina backwater of Chapel Hill. They recorded ‘Ben Folds Five’ there at a friend’s studio in evenings after work and the whole album is infused with an American southern small town feel. Lyrics even refer to specific streets and friends by name, but Folds is too wry a lyricist to ever let this become irritating.

Musically, the band owe a huge debt to Todd Rundgren, adroitly imitating his falsetto background vocals, ninth chord (that is, ‘Seventies’) harmonies, and his gift for a killer melody. Sledge’s adventurous fuzz bass bounces and jumps so much you never regret the lack of guitars – Folds once went as far as saying it was the bass rather than the piano that gave Ben Folds Five their distinctive sound.

That said, he gives a virtuoso performance on every track, his piano moving from roundhouse chord-bashing on ‘Jackson Cannery’ to delicate tinkling on the elegiac ‘Boxing’ (which, according to the liner notes, features one Chris Eubank on cello – is there something we should be told?).

Folds once said his band made “punk rock for sissies.” It holds true here with ‘Sports and Wine’ taking a swipe at what he would probably call “jocks”: “The girls don’t understand it / Anything you say / I don’t understand it either / Guess that makes me gay.” ‘Underground’ ridicules the alternative scene and how quickly its non-conformism can become just another kind of conformism. Limp Bizkit fans take note.

But ‘Ben Folds Five’ isn’t all jest and piss-taking. Penultimate track ‘The Last Polka’ is as turbulent as the relationship it describes falling apart, Fold’s insistent staccato piano matching the bitter remarks the couple level at each other: “You’ve been pushing me like I was a sore tooth / You don’t respect me ’cos I’ve done so much for you.” ‘A Little Time’ it ain’t.

Don’t let what is perhaps the laziest album cover you are ever likely to see put you off checking out this neglected beauty of an album. A great record without a single guitar? Who needs one with tunes as infectious as this?